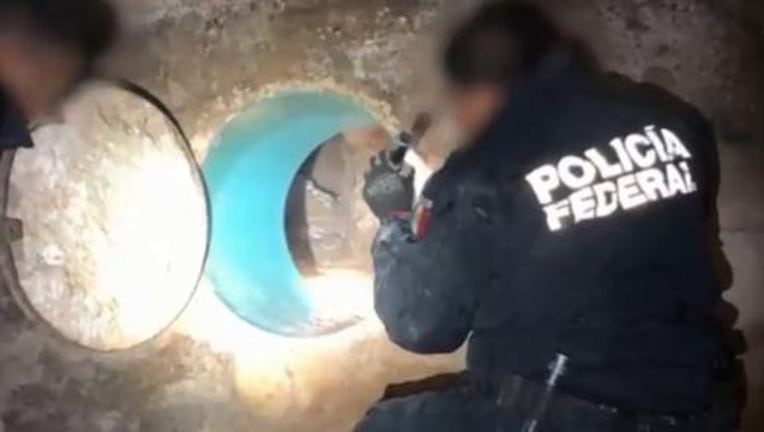 Screengrab from video courtesy of the Mexican Federal Police

NOGALES, Ariz. (FOX 10) - Mexican police have discovered a tunnel that they say was used for drug and human trafficking across the U.S.-Mexico border.

According to video released by the Mexican Federal Police, the 32-foot long tunnel was found on January 9 in Nogales, Sonora.

In December, an illicit cross-border tunnel was found by Border Patrol agents and Mexican law enforcement officials in Nogales, Arizona.