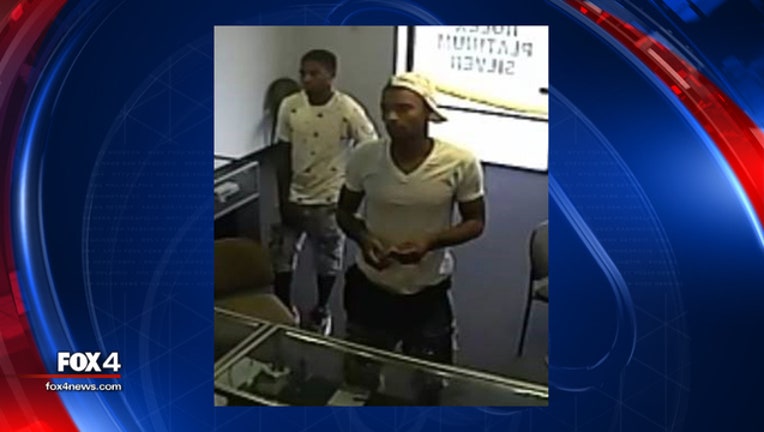 Officers responded to robbery call at a store located in the 1100 block of North Town East Blvd. just before 6:30 p.m. on Wednesday.

Police say the two suspects talked about buying some jewelry, before jumping over the counter and pointing guns at an employee.

Security cameras caught them in the act, before they left and drove off in a gray Nissan Sentra with missing hubcaps on the front wheels.