This weekend will mark a year since 43-year-old Sarmistha Sen, who was a mother of two, was murdered during her daily morning run in Plano.

PLANO, Texas - This weekend will mark a year since 43-year-old Sarmistha Sen, who was a mother of two, was murdered during her daily morning run in Plano.

So many people drive by the tree or walk along the trails near where Sen was killed.

On the first anniversary of Sen’s death, loved ones are inviting people to celebrate her life.

Her friends and family said it’s a reminder they want to share with everyone about the legacy the 43-year-old left behind.

"As friends, we have been through those hard days where there has been a denial, and later on, we have to accept the fact," Paramita Banerjee said.

Not a day goes by where Banerjee doesn’t think about her longtime friend.

"An ongoing thought on everybody’s mind because she was taken too soon," she said. 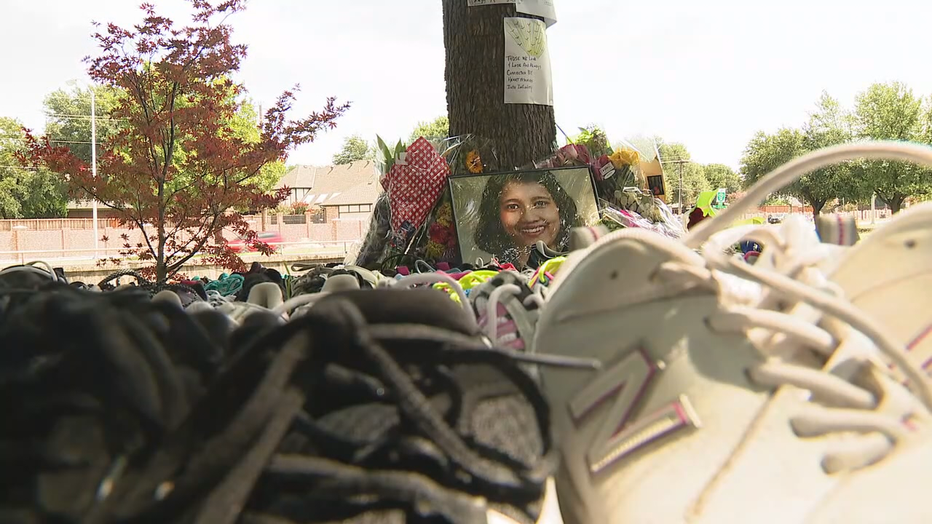 Almost 365 days have passed since Sen was murdered while on a morning jog along Chisholm Trail in Plano.

According to Plano police, a jogger found her body near the creek with blunt force trauma in what investigators believe was a random act.

A year later and just feet away, a park bench sits in her honor.

"The brutality has stayed with us and we are still in grieving," Banerjee said.

Moncrief was linked to a home burglary near the scene where police say DNA from his sweaty handprint connected him to Sen’s murder.

"We have total faith in the justice system," Banerjee added.

Sen, a loving wife, mother, and friend, devoted her life to cancer research at UT Southwestern.

That’s why Banerjee and family friend, Ellen Johnson, are making sure Sen’s memory lives on.

The pair prepared a remembrance walk in her honor set for Sunday morning at 7 a.m. They are inviting the entire community.

"Even if we had a really large group or a small group, success would be feeling the love together," Johnson said.

The group will start at Jack Carter Park, then walk to the memorial tree at the corner of Marchman and Legacy, and then walk back.

Sen left behind a husband and two sons, ages 13 and 7, who plan to be there.

"When I drive by the tree pretty often, I always think of her," Johnson said.

Surrounding the tree are running shoes.

A shoe drive is also underway. All of them will be donated.

"That’s all we can do know. We cannot get her back, she will not come back, but she will live in our hearts," Banerjee said.

Both women said this is just a small way to show the big impact their beloved friend left behind.

"On that walk, when we all gather and we think about her, she will live on and live on forever with us," Banerjee added.

The shoe drive will run throughout the entire weekend. People can drop off running shoes at the tree at the corner of Marchman and Legacy.

Last year, following her death, they heled a shoe drive and donated 1,400 pairs of running shoes.

Man charged with capital murder in death of Plano jogger