Rock singer Meat Loaf is suing a hotel in North Texas. He claims he cannot perform music because of a fall off the hotel’s stage.

FORT WORTH, Texas - Rock singer Meat Loaf is suing a hotel in North Texas. He claims he cannot perform music because of a fall off the hotel’s stage.

Meat Loaf filed the lawsuit in Tarrant County this week against Hyatt Corporation and the Texas Frightmare Weekend organizers.

Last year, the 72-year-old Dallas native fell off a stage while attending the Texas Frightmare Weekend convention at the Hyatt Regency DFW near the airport.

The lawsuit claims curtains hanging on the stage made it difficult for Meat Loaf to see where it ended, causing him to fall off the back. 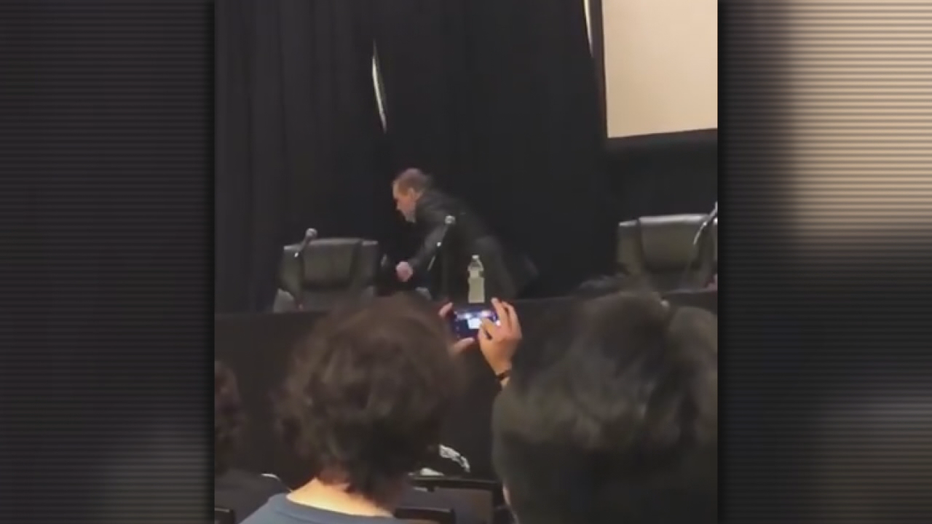 The lawsuit claims there was no “warning tape… railing or safety barrier” to prevent someone from going off the back end of the stage and that Meat Loaf wasn’t warned of the potential danger.

Attorneys for the singer said he was rushed to the ER with serious injuries to his neck, collar bone and shoulder. He spent 42 days in the hospital and still undergoes physical therapy.

Meat Loaf has been unable to return to performing and has suffered a significant economic loss, his attorneys said.