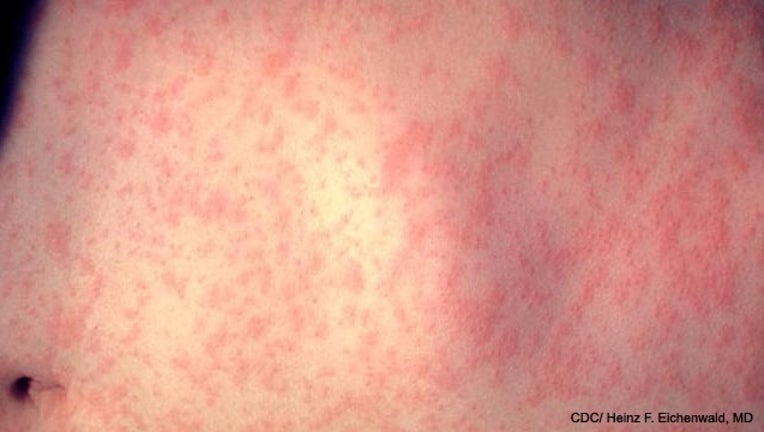 Skin of a patient after 3 days of measles infection

The CDC is trying to determine how many people were exposed to the measles while on an international flight to Dallas.

Tarrant County officials confirmed a resident tested positive after returning home from India. The resident was on a flight that stopped in Dubai and then arrived at DFW Airport on Jan. 6.

So far the investigation has revealed a limited exposure to Tarrant County residents. It is unclear how many on the flight are at risk.

Measles is an airborne disease spread by coughing and sneezing. It causes a reddish rash, high fever, cough, runny nose and watery eyes.

It usually lasts one to two weeks.

Adults who have received a measles vaccine series are considered immune.