Unhindered by the speed of the notes and with no music on the stand, Sophie Yu is clearly gifted. But don't let her ease fool you. Her skills took work.

MCKINNEY, Texas - While the shutdown of in-person school has led to dramatic learning losses, known as the COVID-slide, one McKinney 12-year-old has found a way to excel in music despite the challenges.

Music is known as a way to help relieve stress and cope. And for one 12-year-old, the remote learning environment has allowed her to reach new heights.

Unhindered by the speed of the notes and with no music on the stand, Sophie Yu is clearly gifted. But don't let her ease fool you. Her skills took work.

“It was hard. Pretty hard,” she said.

Sophie says she learned the Ballade by Chopin, a college-level concert piece, in just two months.

“I was like, yay! I finally mastered it,” she said.

Sophie is the first in her family to play piano. She began lessons at a Plano recreation center at age 5. 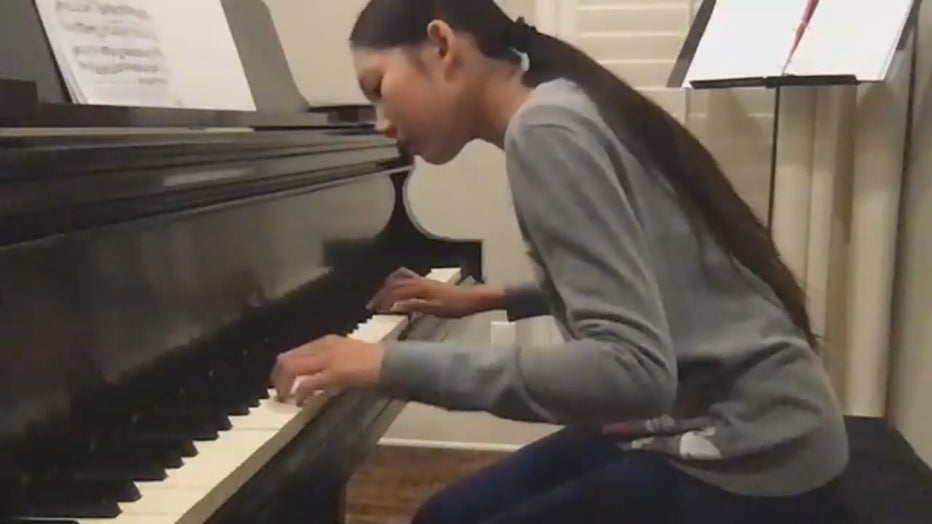 “Mom realized talent took me to have private lessons,” she said.

Sophie, and her piano instructor, Miguel Heredia, have worked together ever since.

The sound quality. You can't hear it when music is really intense,” Sophie said.

And live performances are on hold. But Sophie is determined to not put her life on hold.

“I play for enjoyment,” she said. “It takes my stresses away.”

Heredia says the ballade Sophie learned in two months would take a typical fluent 12-year-old a year to learn.

Sophie says she's not sure if she will pursue a career in music. She also loves biology.