Your trip to Iceland wouldn’t be complete without catching a glimpse of the country’s last remaining McDonald’s meal, which was purchased 10 years ago and doesn’t seem to be decomposing.

HELLA, Iceland - Most people visit Iceland for its breathtaking landscapes and beautiful Northern Lights. But if you find yourself visiting the land of fire and ice, your trip wouldn’t be complete without catching a glimpse of the country’s last remaining McDonald’s meal, which was purchased 10 years ago and doesn’t seem to be decomposing.

The burger and fries combo is currently being livestreamed from its location in a glass case at the Snotra House, a hostel in southern Iceland.

Hjörtur Smárason bought the meal when the last remaining McDonald's location in Iceland closed its doors in 2009. He kept the food in a plastic bag in the years to come, during which it showed no signs of decomposition, according to the hostel's website.

Smárason donated the burger and fries to the National Museum of Iceland in 2012, where a museum specialist reportedly brought up concerns about preserving the meal. 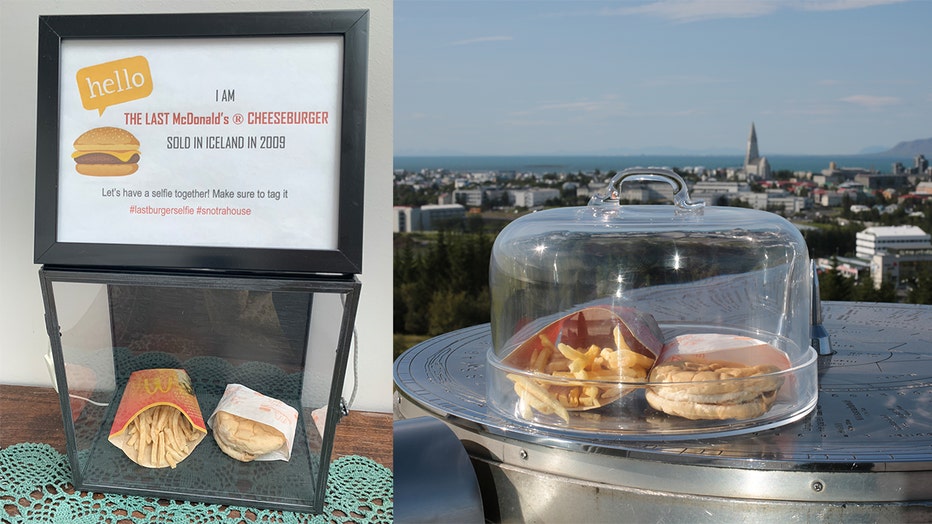 A hostel in Iceland has the last remaining McDonald's meal on display, purchased 10 years ago.

Smárason was asked by museum staff as to whether or not the burger should be thrown away, but he considered the item to be “of great historic value.”

“I had heard something about McDonald’s never decaying so I just wanted to find out for myself whether this was true or not,” said Smárason.

He decided to find a new home for the indestructible meal at his friend’s hostel, the Snotra House, where the burger and fries appear to look just as they did a decade ago.