The city of Joshua in Johnson County honored a group of employees who helped a victim of a fiery car wreck near their fast food restaurant. First responders say their efforts saved a life.

JOSHUA, Texas - The city of Joshua in Johnson County honored a group of employees who helped a victim of a fiery car wreck near their fast food restaurant. First responders say their efforts saved a life.

The city of Joshua is calling four McDonald’s employees lifesavers after they ran towards a burning car on the morning of July 3.

Surveillance video captured the crash just before 6 a.m. on South Broadway Blvd. You can see the driver strike the concrete culvert to his left, causing the car to flip over and burst into flames.

Moments later, a group of McDonald’s employees rushed over to help, including general manager Magen Rivera. 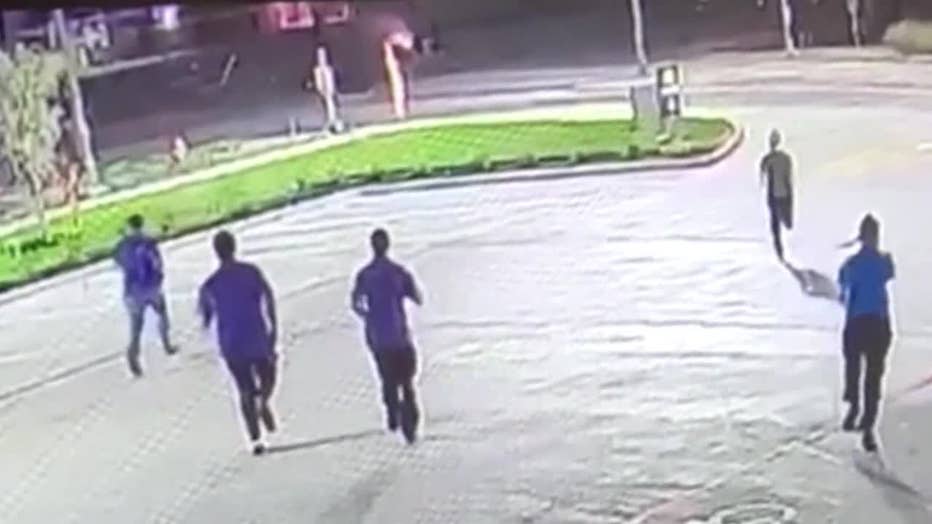 "We ran out there," she recalled. "We seen that it was engulfed in flames, and the guy was screaming."

Rivera along with employees Everett Vaughn and Jasper Washburn quickly ran back to the restaurant to get fire extinguishers.

"We ran back out there, and we just started spraying it. The fire went out. It came back a little bit," Rivera said. "We just kept spraying until our extinguishers ran out."

Meanwhile, shift leader Tracie Vaughn crawled into the car to calm the driver, who was trapped in his seatbelt and upside down.

Enter Lt. Luke Burgdorf with Joshua Fire Department, who arrived on the scene and saw the fire on the passenger’s side at the time grow dangerously close to the driver.

"We did not have time to cut him out of the vehicle," he said. "So I entered the vehicle, cut his seat belt and pulled him out."

Burgdorf says the driver was irritated by the smoke but only had minor injuries.

Fire Chief Thomas Griffith presented the Vaughns, Washburn, Rivera and Lt. Burgdorf with commemorative awards and the honor of being a lifesaver. But Burgdorf says the credit really lies in the bravery of those four employees who jumped into action. 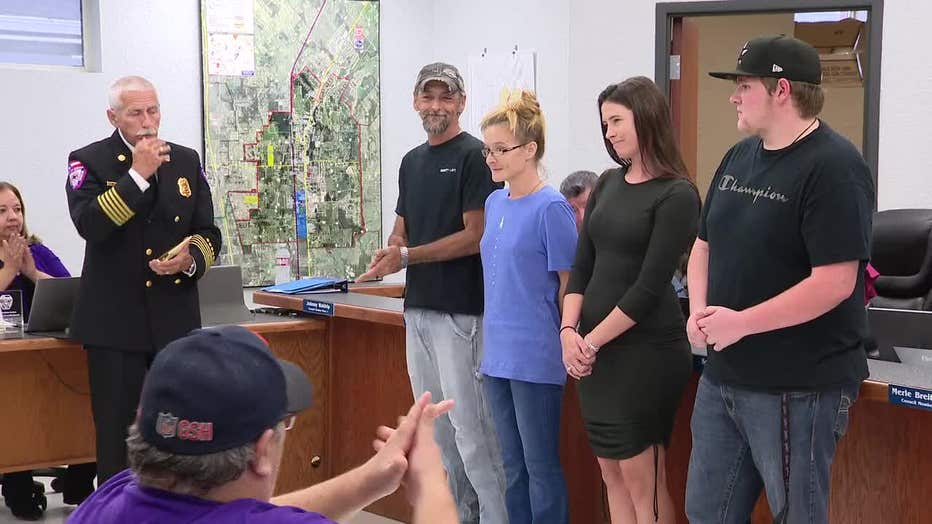 "Without them, this would have had a very different outcome," he said.

"We feel good," Rivera said. "We feel happy that we were there and able to help."

The driver told first responders he fell asleep at the wheel after working an overnight shift. He was treated at the scene and is doing okay.