Neither the Dallas police chief or the city manager have responded publically to Dallas Mayor Eric Johnson’s letter demanding police create a plan to reduce violent crime in the city.

DALLAS - Neither the Dallas police chief or the city manager have responded publicly to Dallas Mayor Eric Johnson’s letter demanding police create a plan to reduce violent crime in the city.

According to Dallas PD's latest crime numbers, there have been 192 homicides so far this year, making this year on track to be the deadliest in more than two decades.

Earlier this year, Chief Hall was criticized for a seemingly soft-on-crime comment.

“There are individuals in this city who have returned from prison who cannot find a job and who are not educated. So in those instances, those individuals are forced to commit violent acts,” she said. 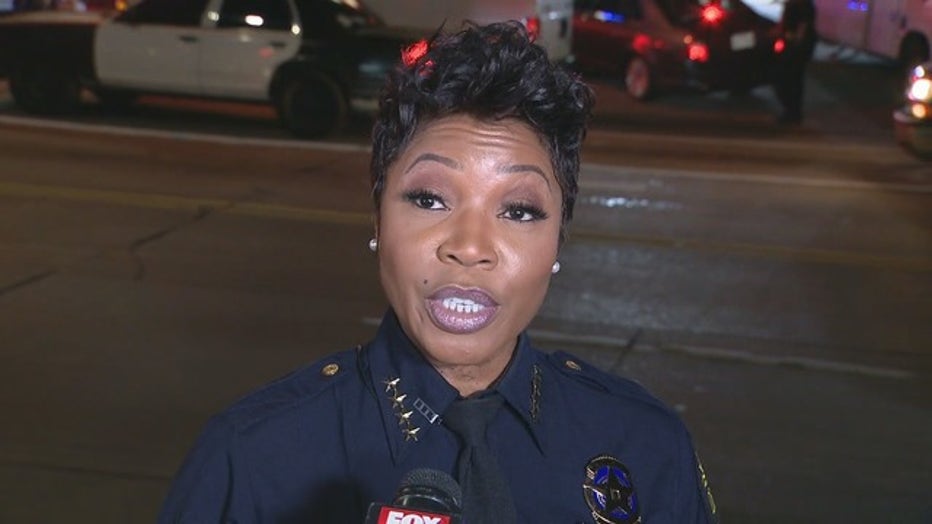 Chief Hall has laid out an aggressive strategy to combat gang violence that would even target the mothers of gang bangers if necessary. Other cities have successfully used the CeaseFire program, including Detroit where Hall served as deputy chief.

READ MORE: Dallas PD on board with CeaseFire program to reduce violent crime

A Detroit police captain told FOX 4’s sister station in 2017 that the program was working.

So how does this specific strategy supported by Chief Hall fit with the crime-cutting demands from Mayor Johnson?

The mayor was at a conference on Wednesday and was unavailable for comment. But his spokesman said the mayor considers CeaseFire a "tactic" and not a "comprehensive strategy." The mayor is looking beyond just the police department for answers.

Dallas PD's timeline for CeaseFire presented to city council members called for an interim director of the program to be named by December 1. It’s unclear if that has happened yet.