Dallas PD on board with CeaseFire program to reduce violent crime

The program is called CeaseFire. Cities that have used it have seen dramatic drops in crime.

DALLAS - The Dallas Police Department seems to be on board with a crime initiative first proposed by the district attorney.

The program is called CeaseFire. Cities that have used it have seen dramatic drops in crime.

On a day when police noted violent crime is up six and a half percent over this time last year, Dallas Police Chief Renee Hall talked candidly about her experience with the CeaseFire approach in Detroit. But some council members were skeptical.

Dallas is considering a new approach to battling gang violence that goes beyond handcuffs. CeaseFire was developed more than two decades ago in Boston. It’s now used in a dozen cities.

Dallas County District Attorney John Creuzot described it to FOX 4 in September as a long-term solution for reducing violent crime. It starts with meetings between gang members and city leaders.

The meetings are described as 'call-ins' with everyone from the mayor to pastors delivering the message: “We will not tolerate this from you, and we desperately need you to do better. We know you can do better and we love you.”

After gang members have been warned, the hammer comes down. 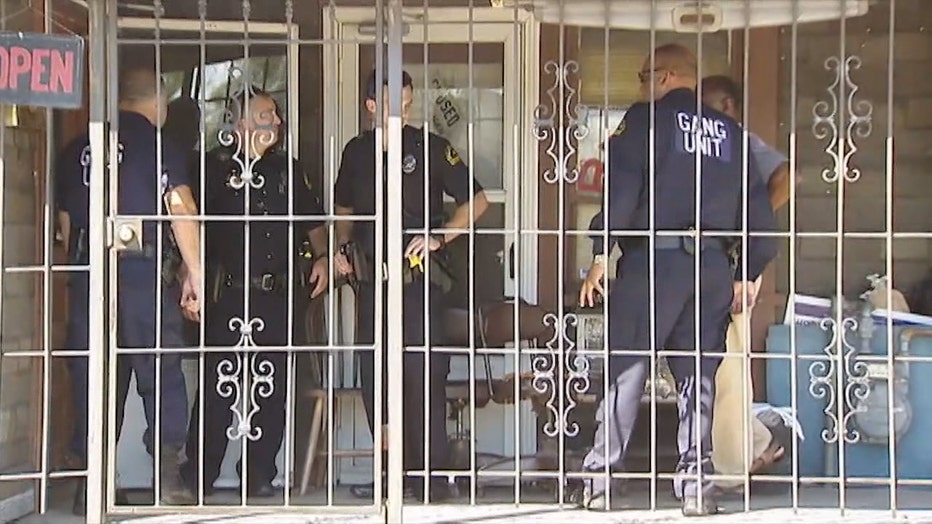 Chief Hall says she saw it work in Detroit.

"'Pulling triggers’ means ‘I'm sorry.’ If your mom has unpaid parking tickets, we come and lock her up. If the daughter of your child has any issues, we're coming to get her to. And if that means your child ends up in foster care, that's what we do,” the chief explained. “We don't do it in a way to tear the family apart, but we do it in a way to get the individual's attention.”

But Councilman Adam Bazaldua voiced concern about going too far.

“The mom with two jobs with the traffic tickets that will get arrested as collateral damage for her son's gang activity to put pressure on him does what for the community?” Bazaldua asked the chief.

“Understanding that in most instances when you go to that house and that mom calls that son, he shows up,” Chief Hall replied. “Does that make sense to you?”

“It makes as much sense as troopers pulling over 12,000 people to get 71 guns,” Bazaldua said.

Hall responded that to eradicate crime, the department needs to use tools that work.

“If you're a murderer, we have to remember someone else's family has been affected by that homicide,” she said. “They deserve the same kind of justice. And so we have to use the tools we have before us.”

The police department doesn't need any approval from the Dallas City Council to implement CeaseFire, but data shows the approach only works in cities where there is a united front among city leaders.

Cruezot told FOX 4 in September that he is in support of the program.