Mayor Betsy Price: Fort Worth not on track to reopen just yet

Fort Worth's mayor says the city is not yet ready to begin the early phases of reopening the economy. New cases continue to rise.

FORT WORTH, Texas - Fort Worth's mayor says the city is not yet ready to begin the early phases of reopening the economy. New cases continue to rise.

Mayor Betsy Price did not directly react to the governor’s Friday statements on reopening, but she did say Fort Worth is not on track to meet national guidelines just yet.

Governor Greg Abbott is rolling out his plan to reopen businesses in Texas as soon possible. And while Mayor Price did not address it directly on Friday she did discuss President Donald Trump’s national guidelines announced on Thursday.

"I was pleased to see those that it includes a downward trajectory of 14 days on cases and critically the hospital’s ability to respond,” Price said. “We know that we can meet the hospital responses, but we’re not meeting the 14 days of declining just yet.”

Dr. Keith Argenbright, the Director of UT Southwestern’s Moncrief Cancer Institute, is also a member of Fort Worth’s newly formed Committee on Reopening the Economy, or CORE. He and Price believe a plan for reopening businesses must include robust testing.

The city’s roadmap to reopening is still being worked out, but Dr. Argenbright says he hopes new testing centers play a part in Fort Worth’s ability to bounce back. 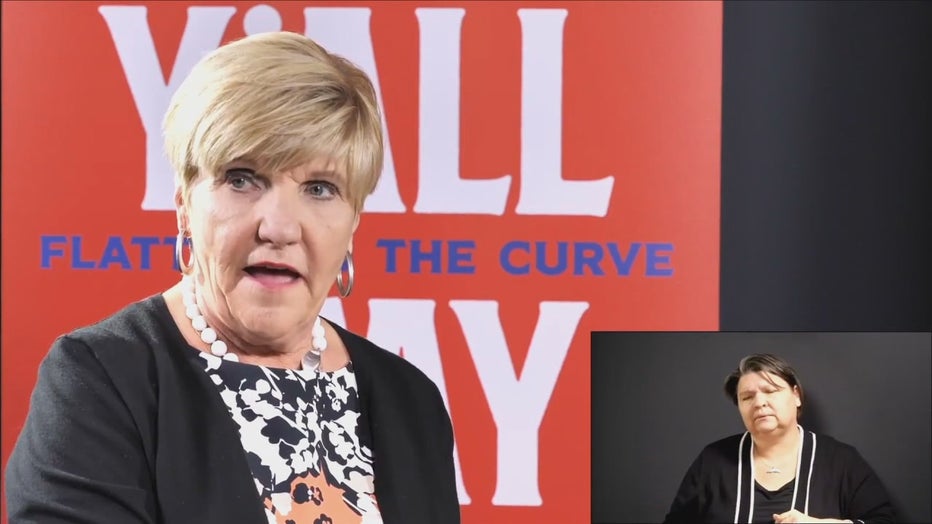 “The centers that we plan to have stand up in various parts of the city and county, we’re expecting a 48-hour turnaround on those particular tests,” he said.

A city spokesperson says it’s too early for a specific timeline on when we could see those centers. But after both President Trump and Governor Abbott’s announcements over the last two days, the CORE committee plans to discuss early next week how best to apply those guidelines in Fort Worth.