The Dallas Mavericks teamed up with an organization that helps kids and teens removed from bad homes.

DALLAS - The Dallas Mavericks teamed up with an organization that helps kids and teens removed from bad homes.

With a little help from the Mavs Foundation, the new teen lounge at Community Partners of Dallas can provide a place for comfort during a troubling time.

It's a personal side of Dallas Mavericks CEO Cynt Marshall many people haven't seen.

“Just having a place to come relax and have their minds free of negative energy negative vibes, it's all positive,” Hardaway said.

The Mavs Teen Lounge and Night Response Unit serves teens transitioning into Child Protective Services. Often times, they are removed from their homes with only the clothes on their backs. 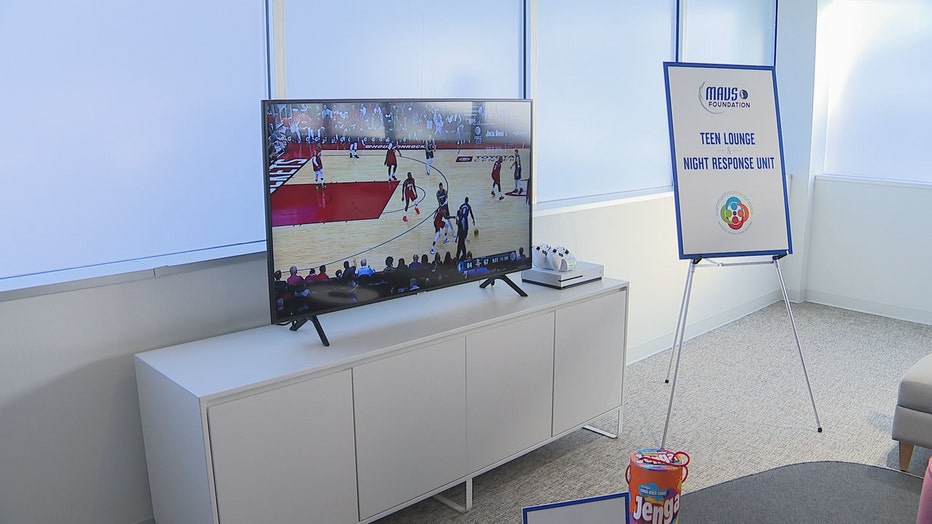 “Come to a building a place like this, it's just going to make them feel like there's a different way of life to come,” said Paige McDaniel, the CEO of Community Partners of Dallas.

The cheerful, safe space is a place where teens can rest, eat and hangout while CPS workers can figure out a permanent solution.

“It is a game-changer because these are children who have been lost or forgotten,” McDaniel said.

The lounge includes a homework and study space and an entertainment area equipped with TVs and video games that were all provided by the Mavs Foundation. There's also office space for the 16 CPS workers who handle the night shift.

“They will see there are people in the community who care about them and want them to succeed,” McDaniel said.

For Marshall, this project is deeply personal.

“I know that story. It's the story of three of my four adoptive kids,” Marshall said. “No matter what has happened to make the police or anybody else come take the kids in the middle of the night when they land here, you want them to look at this place and see how fresh it is and the village has come in to rescue them.”

Marshall says Hardaway was so excited about the work being done at Community Partners of Dallas that he wants the foundation to fund a basketball court. Marshall is open to the idea.

Community Partners of Dallas helps some 20,000 kids per year.