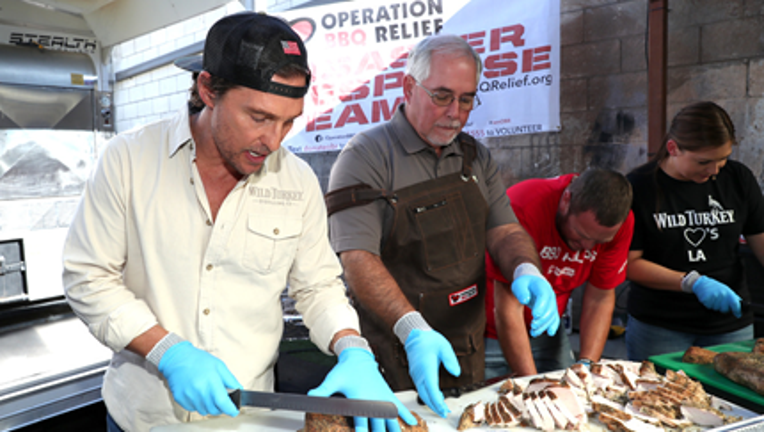 LOS ANGELES - Several volunteers with Wild Turkey and actor Matthew McConaughey are helping to give back to the firefighters who have been battling the raging wildfires in Southern California.

McConaughey and bourbon brand Wild Turkey have teamed up with disaster relief organization Operation BBQ Relief to give thanks to first responders nationwide as part of the “With Thanks” annual campaign.

The program kicked off Friday in Los Angeles where McConaughey and volunteers prepared and delivered turkey dinners to first responders. 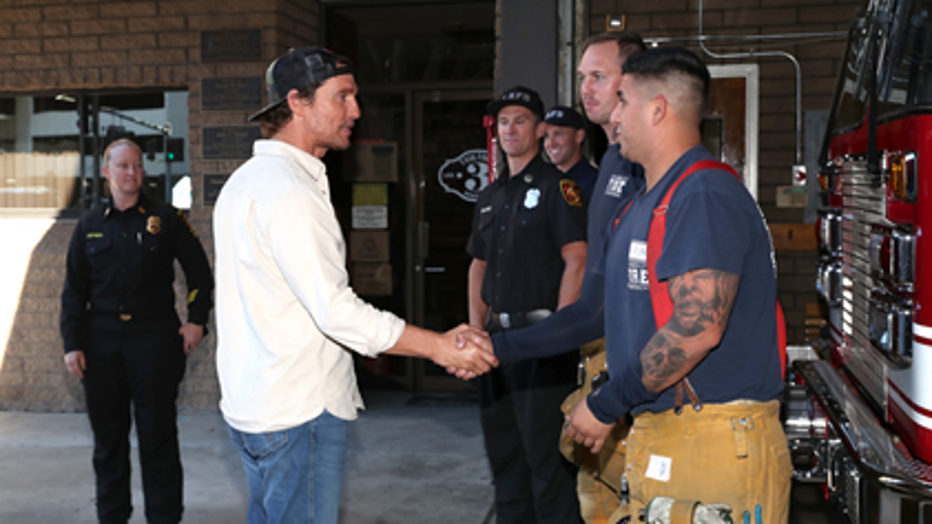 The group also helped cook 800 turkey dinners that were delivered to more than 20 firehouses in SoCal. Organizers of the event say in addition to helping first responders the group reached out to several homeless shelters and cooked an additional 800 dinners for those at various shelters.

“Teaming up with Operation BBQ Relief as part of the Wild Turkey “With Thanks” has never been more meaningful,” said Wild Turkey Creative Director Matthew McConaughey in a statement. “Little did we know when planning this annual event that California, my second home, would once again be hit with devastating fires. Being able to provide meals to the men and women who put themselves on the line is an honor for me, Jimmy and Eddie Russell. We are grateful to be here today to say thank you, shine a light on their unwavering conviction, and hopefully inspire others to get involved and help in their own communities.”

During the event McConaughey went on Facebook Live to encourage people nationwide to volunteer and support OBR’s relief efforts.

According to a statement, McConaughey and the Wild Turkey team had originally planned to be in Los Angeles for  National First Responder’s Day to host an event honoring those involved in last year’s Woolsey Fires… however, those plans changed due to the current wildfires.