Yes, it’s already fall. Don’t believe it? Just look up at the sky and bask in the glow of the bright orange “Hunter’s Moon” that is sure to be a treat for stargazers this weekend.

LOS ANGELES - Yes, it’s already fall. Don’t believe it? Just look up at the sky and bask in the glow of the bright orange “Hunter’s Moon” that is sure to be a treat for stargazers this weekend.

According to The Old Farmer’s Almanac, the moon will reach peak fullness on Sunday, Oct. 13, at 5:08 p.m. EDT, but won’t be fully visible to the average onlooker until sunset that evening.

This isn’t your typical moon, either. Because the Hunter’s Moon rises lower than usual from the horizon, it will appear much larger and more orange due to an effect known as the “moon illusion.” 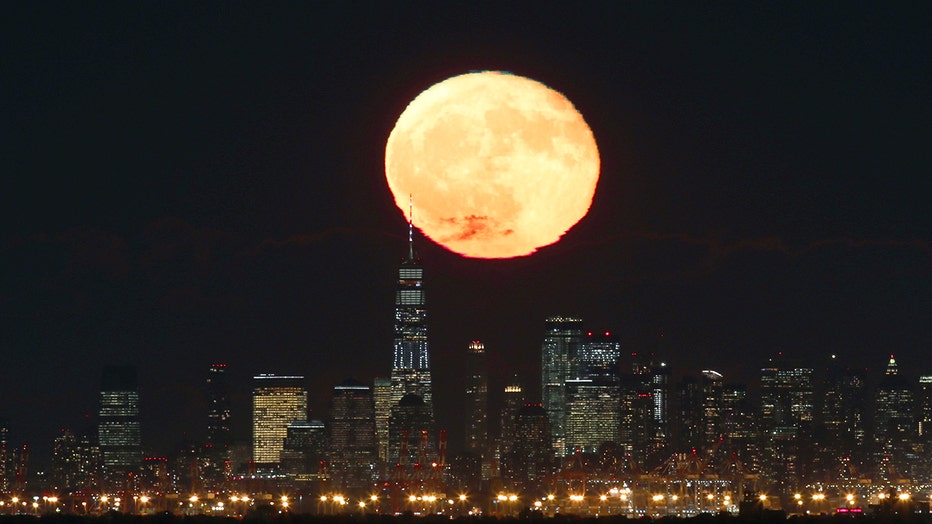 The “moon illusion” happens when the moon rises low, causing observers to view the celestial body in relation to objects on Earth that provide scale, versus when the moon rises high overhead, appearing like a small disk consumed by the vast abyss of space to the naked eye.

While many moon names such as the “Full Strawberry Moon,” and “Full Pink Moon,” mark the transition of seasons, the “Full Hunter’s Moon” isn’t tied to any specific month, according to the Farmer’s Almanac.

RELATED: 2 meteor showers to light up the sky this week back-to-back

The Hunter’s Moon is the first full moon to rise following the “Harvest Moon,” the full moon that is observed closest to the autumnal equinox.

The Farmer’s Almanac says that the Hunter’s Moon historically signaled the ideal time for hunting leading up to winter, according to folklore.

NASA said that this year’s Hunter’s Moon will appear full for roughly three days, from Saturday morning to Tuesday morning.

“As usual, the wearing of suitably celebratory celestial attire is encouraged in honor of the full moon,” said NASA.