Mark Bradford’s early works on display in Fort Worth

One of the most popular artists of our time brings some of his work to North Texas.

FORT WORTH, Texas - One of the most important and influential artists in America today is bringing his work to North Texas. Mark Bradford’s intriguing abstract murals will be on display at The Modern in Fort Worth starting on Sunday.

These days, Bradford is a major name in the world of art. He’s won high praise over the past 20 years for his originality and expression.

But his career got its start in a seemingly unlikely place. In the 1980s, he was working as a licensed hair dresser in a salon owned by his mom in the south Los Angeles neighborhood where he grew up.

For the next several months, many of his important early works will be open to the public at the Fort Worth museum of modern art. The show is called “Mark Bradford: End Papers.”

Some people will recognize the term “end papers.” Those are the small two by two translucent squares that are used in hair styling. Bradford used them often when he was working in the salon. And when he started producing art, they were the foundation of his abstract creations. 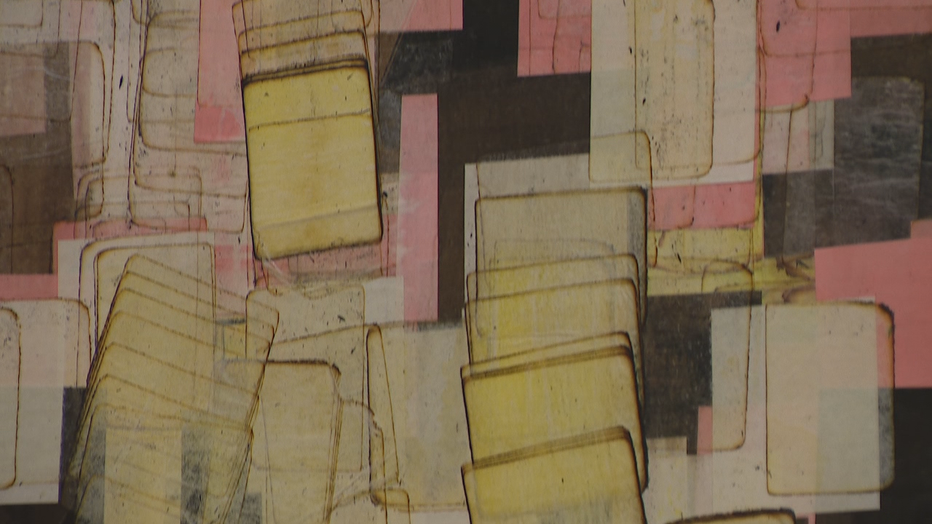 Bradford said he has a very disciplined approach to working.

“You know, it’s funny we always associate everything with passion,” he said. “I think you need both. You need the yin/yang. You really do.”

In addition to end papers, Bradford incorporates other materials in his works that are part painting and part collage.  He’s used old movie posters, abandoned billboards from the neighborhood where he grew up and he’s been known to turn a power washer on a canvas to create a certain effect.

He’s a relentless spirit, always looking for new and unorthodox ways to express his ideas.

One of his pieces recently sold for $12 million.

The exhibition “End Papers” opens Sunday and runs through Aug. 9 at The Modern Art Museum of Fort Worth.