Non-profit Allies in Youth Development has been in Ukraine and Russia helping orphans.

MANSFIELD, Texas - A Mansfield non-profit called Allies in Youth Development has been in Ukraine and Russia helping orphans.

The group said orphans are becoming sick from being in the basements.

They were only able to evacuate a small number of children. Now, thousands of kids are relying on help from right here in North Texas.

Tatiana Baeva translated for volunteers in Ukraine who are taking care of orphans trapped by the Russian invasion.

"They had helicopters over their building all night. No electricity, Russian tanks," Baeva translated.

For the past week, Beava said she’s barely slept as well.

Allies in Youth Development’s headquarters is in Mansfield.

The non-profit organization provides resources to orphans around the world.

"We are in 15 cities in Ukraine," explained Chris Burgin, executive director for Allies in Youth Development.

Burgin’s main concern is safety for his two dozen orphanages in Ukraine that are housing thousands of children taking shelter.

"The need is going to be huge. It’s already huge," he added.

With shipping suspended, Burgin is working to send money to his volunteers for them to buy food, water, hygiene items, and household needs.

Volunteers try to pack their trunks to the brim while they can. 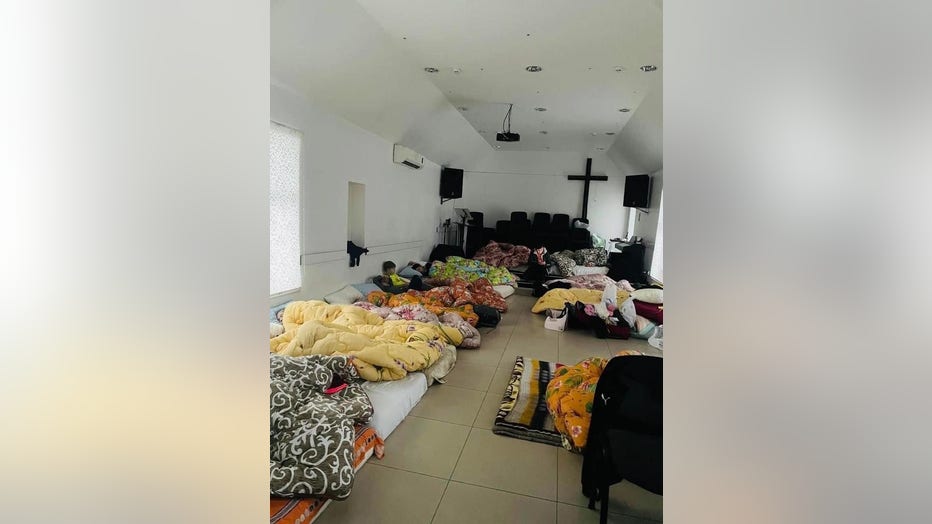 Photos show empty shelves and long lines at check out.

And shelters are taking in more Ukrainian children by the day with parents stepping up to fight Russia.

"They just lost their parents in this moment," Beava translated for the volunteers. "They are brought to the temporary shelter and they have no idea if their parents alive or killed."

Volunteers said they aren't afraid because the children need them.

With shipping restrictions, Allies in Youth Development said the easiest way to help is monetary donations, which can be in the hands of one of their volunteers in just a few days.

Click here for more information on how you can help.