The family of a young man lost to a hit-and-run crash said their son now lives on through others his organs helped save.

DALLAS - More than 100,000 people in the U.S. are waiting for an organ transplant, according to Mayo Clinic.

On Friday, some North Texans shared how one generous decision during a difficult time can change lives.

The family of a young man lost to a hit-and-run crash said their son now lives on through others his organs helped save.

"He saved five lives and we donated other parts of his organs, and they estimate up to potentially 75 other lives can be saved through the donation from some of his other organs," said Andrew Santiago.

He was speaking of his late son, Jordan Santiago, who was just 25 when he died. His family said he loved to travel, volunteer and connect people.

"It was one of the toughest decisions for us to decide to donate Jordan’s organs to give life, but we know without a doubt, it would’ve been an easy decision for Jordan because he loved people," Santiago said. 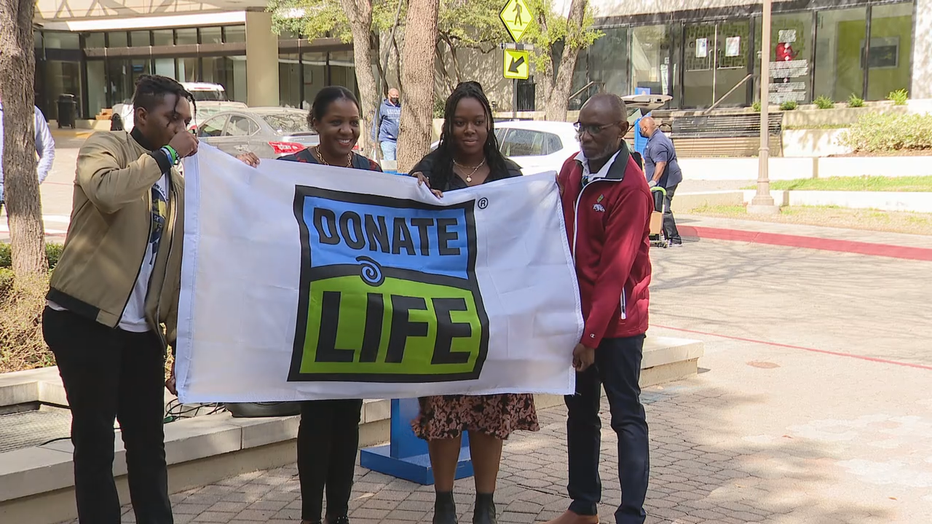 "I went into the hospital seven times to get a transplant, but I ended up being sent home for various reasons. Then on October 8th, I was blessed with Jordan," organ recipient Deborah Taylor recalled.

Taylor is breathing with the help of Jordan’s lungs.

Jordan’s family got a chance to meet and embrace not only her, but also dozens of hospital staff who assisted in transplants involving his organs.

"We met the heart recipient yesterday, and we also had the privilege of hearing his heart. We can’t find the words to express other than to just say, thank God," Jordan’s father said. "Even though he’s no longer with us, he’s still touching so many lives."

Taylor, without a doubt, agrees.

"I’ve got this fine young man inside of me, you know. It’s amazing, I cannot believe it, I’m amazed at this man. He’s an amazing grace is what he is," she said.

The Santiago family is hoping to raise awareness about organ donation. April is Donate Life Month, and Baylor University Medical Center is one of the busiest transplant medical centers in Texas.