Video from neighbors shows an intense fire that claimed the life of one man in Watauga. Officials believe he may have been trying to rescue pets from the home.

WATAUGA, Texas - A man is dead after a fire at a home in Tarrant County overnight. Officials believe he may have been trying to rescue pets from the home.

The fire started around 1 a.m. Thursday at a home on Old Mill Circle in Watauga. When firefighters arrived, they found the one-story home engulfed in flames and heavy smoke.

Two women who were home at the time were able to make it out safely. Neighbors heard them yelling and ran over to help.

"We just heard screaming and heard a lady screaming help. And we looked through the window and we saw the house on fire. And then we ran out and we came and helped the lady out. Someone else was in there. The daughter was also trying to help and we pushed her out and then after that, the firefighters and police got here and they started doing their job," said Patty Vasquez, a neighbor.

Witnesses told firefighters a man in his 50s or 60s may have run back inside to save a family pet. The firefighters tried to rescue him but it was already too late. 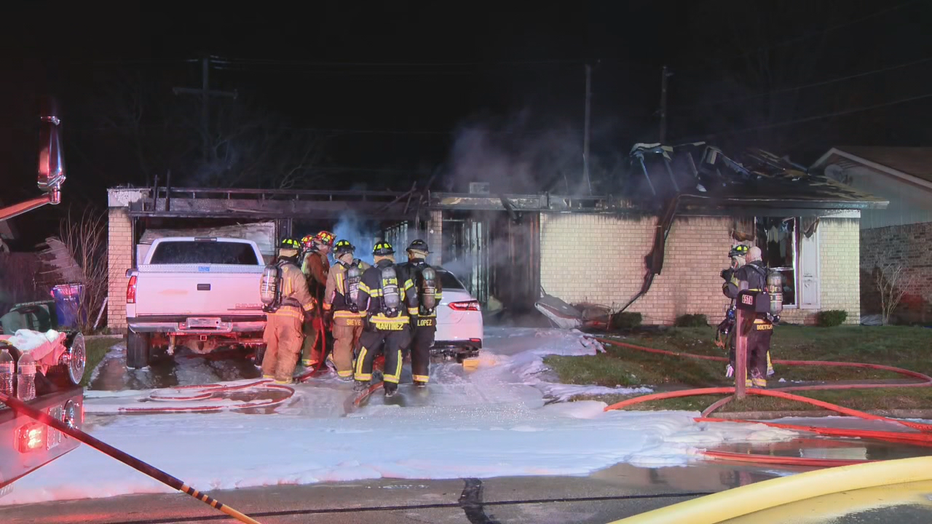 Watauga firefighters had help putting out the fire from the North Richland Hills, Haltom City and Keller fire departments.

The home was still left gutted and the heat melted the siding of a neighboring home.

The North Tarrant County Arson Taskforce is now trying to determine the cause of the fire.

The victim's name has not yet been released.