Actor William Shatner, known to many "Star Trek" fans as Captain James T. Kirk, rocketed into space aboard a Blue Origin flight. After exiting the capsule, Shatner struggled to find the words to describe the experience while speaking with Blue Origin founder, Jeff Bezos.

"We are devastated to hear of the sudden passing of Glen de Vries. He brought so much life and energy to the entire Blue Origin team and to his fellow crewmates," Blue Origin tweeted. "His passion for aviation, his charitable work, and his dedication to his craft will long be revered and admired."

De Vries was accompanied by Thomas P. Fischer, 54, of Hopatcong, who were both aboard the single-engine Cessna 172 that went down Thursday in a wooded area of Hampton Township.

The aircraft had departed from Essex County Airport in Caldwell and was headed to Sussex Airport when the Federal Aviation Administration alerted public safety agencies to look for the missing plane around 3 p.m. Emergency crews found the wreckage around 4 p.m., the FAA said. 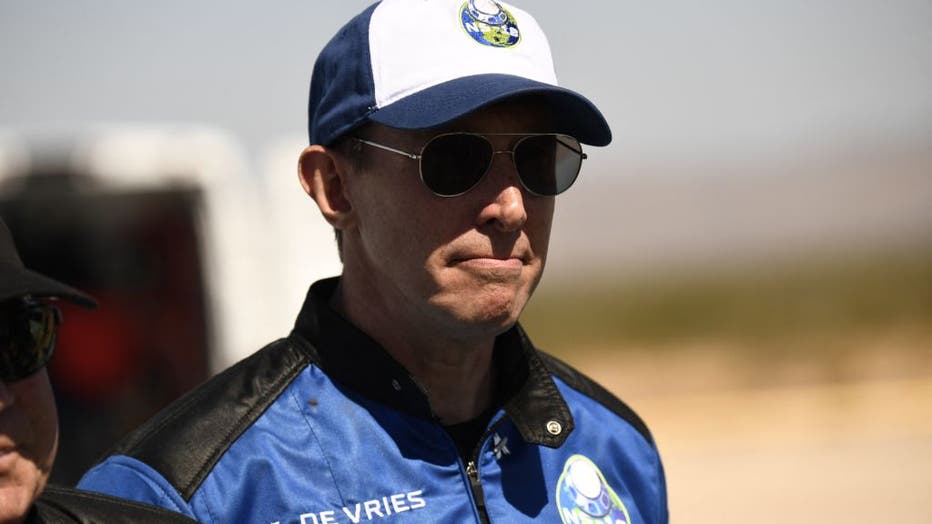 De Vries founded Medidata Solutions, a tech company, and was a trustee at Carnegie Mellon University. He traveled Oct. 13 aboard Blue Origin’s New Shepard spacecraft, spending more than 10 minutes in space after launching along with Shatner and others.