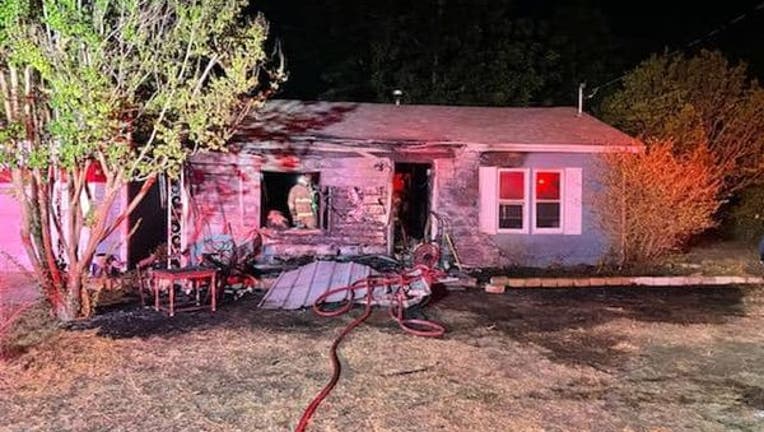 WHITE SETTLEMENT, Texas - White Settlement police are working to identify a man who was seen running from a house fire while wearing only a red pair of boxers.

The fire was reported just after 9 p.m. Saturday, at a house in the 8000 block of Raymond Avenue.

Fire crews responded to the scene, then police were called after witnesses reported seeing a man wearing only a red pair of boxer shorts running from the scene after setting the house on fire.

Firefighters were able to keep the flames from spreading, and no innocent people were injured by the fire.

Authorities are hoping to speak with a person of interest, Aaron Hosak, who they said has ties to the property.

The cause and origin of the fire is still being investigated, but investigators believe this was arson and the fire was intentionally set.