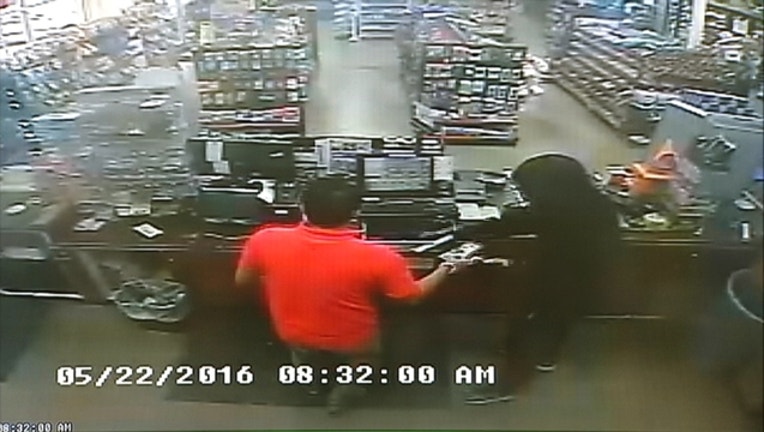 Police are searching for a man who robbed a gas station in far eastern Fort Worth.

The robbery occurred on May 22 around 8:30 a.m. at a Shell station in the 12900 block of Trinity Blvd. Police said the suspect entered the front doors and pointed a chrome handgun at the cashier. He demanded money, lottery tickets, Black and Mild cigars and Newport cigarettes. The man left the store and ran west.

The suspect is described as a black, 20 to 30 years old, over 6-feet and thin. He wore a black zipper hooded sweatshirt, a scarf that covered his face, black pants and dark tennis shoes with white trim.