A man who police say posed as a roofing company worker to steal money from an Arlington homeowner has been conducting the same scam on unsuspecting seniors for more than a decade.

ARLINGTON, Texas - A man who police say posed as a roofing company worker to steal money from an Arlington homeowner has been conducting the same scam on unsuspecting seniors for more than a decade.

Joshua Michael Bell was recorded on a doorbell cam last week. But public records show Bell was convicted of similar crimes in 2004 and over the years he's been arrested in nearly a half dozen Texas counties.

Bell, on February 5, smooth talked his way into an Arlington home to allegedly to check for problems. The homeowner, Virginia Hope, says she trusted him because he told her he was with a roofing company she'd done business with before. 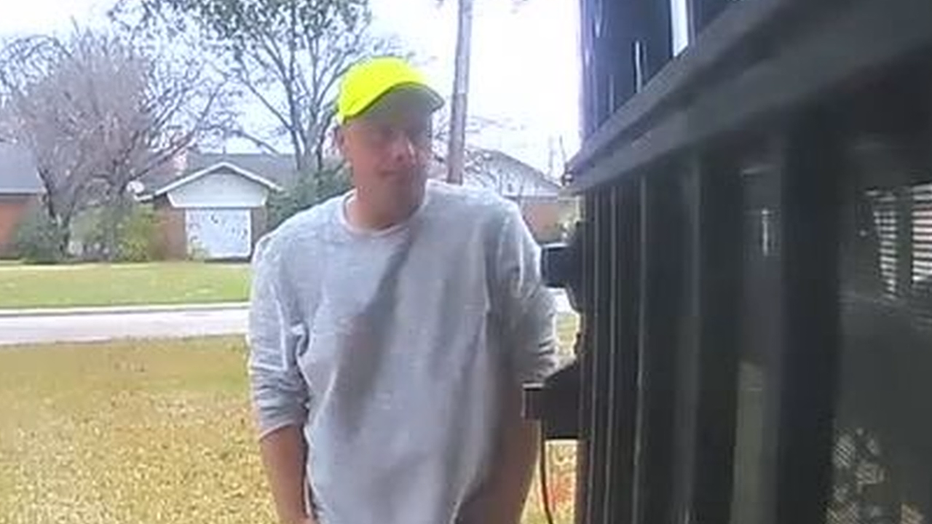 He left with a $1,200 check, but then Hope felt something wasn't right.

“He went out and I said wait a minute he didn’t give me a receipt,” Hope said.

When contacted, the roofing company, said they never sent anyone out. Hope stopped payment on the check.

Others Bell targeted in the past were not so fortunate.

"I just want to tell them I'm sorry for everything I've done to them and I know that giving this money back ain't gonna make up for what i done to you,” Bell said at the time.

He pleaded guilty and then-Judge Susan Hawk sentenced bell to 20 years in prison. 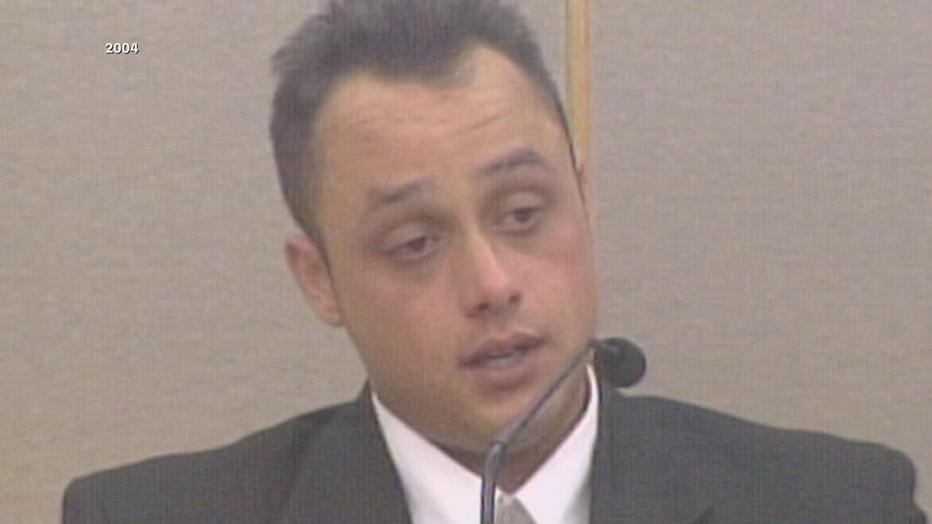 But records show he was out again by 2011 and starting up the same scams in Cooke and Grayson counties. He got another nine-year sentence for theft in 2013 and got out again in 2016.

During that time, Bell wrote a letter to his original trial judge, pleading for leniency. He told Judge Hawk, "I have learned from my mistakes. I have grown and matured a great deal since my conviction."

He also blamed drugs for his behavior, saying, "This was a leading factor in my lapse of judgement."

Bell is currently wanted in Dallas County for allegedly scamming a Vietnam veteran in Mesquite as well. He was arrested in 2019 in Denton County for theft of property and also has a warrant in that county for failure to appear in court.

The 77-year-old woman there who unfortunately trusted him told police he claimed to be following up with a roofing company.

The list keeps growing and growing with names of senior citizens who feel they were scammed by Bell.

The son of one of those victims is still seeking justice.

“I loved my mom a whole lot and it was real disrespectful to take advantage of an elderly person,” he said.

Melba Hayes was 77 years old in 2018 when Flower Mound police said Joshua Bell posed as a roofing contractor and scammed her for $1,200 on repairs he didn’t do.

She’s one of many senior citizens Bell allegedly targeted.

Unfortunately, Melba died from cancer in 2019, and Bell still hasn’t paid for that crime.

“There are evil people in the world and they do this all the time, and it just seems like the justice system never catches up to them,” Hayes added.

Flower Mound police say Bell has a warrant out for his arrest for failing to appear in court, after they charged him with exploitation of an elderly/disabled person.

“The report indicated that she felt pressured enough that he was not going to leave until he got some form of payment,” Flower Mound PD Captain Shane Jennings said.

“It emptied her bank account and I had to pay her bills the next month,” Hayes said.

Hayes said he had the perfect mother.

“She raised two boys [with] no child support on her own,” he said.

He just wishes she was around to see if justice will be served.

“She cried about it. She was upset,” Hayes said. “You did me wrong and you’ve done several other people wrong. You need to be in jail.”

Members of Bell’s family said this all comes down to the drug addiction problem Bell previously confessed to.