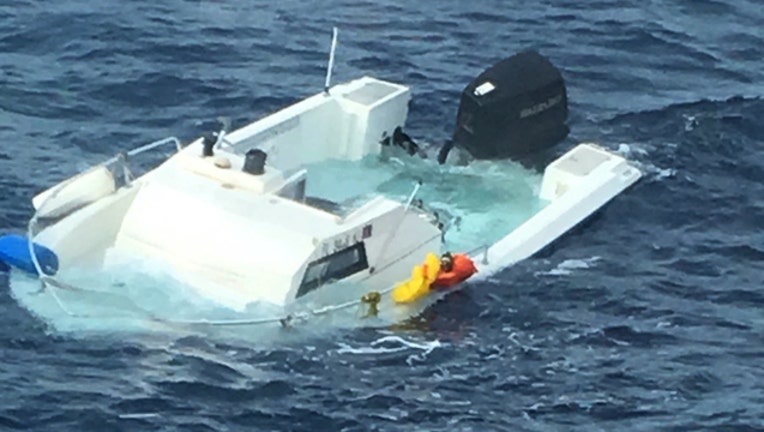 A 21-foot pleasure craft takes on water near West Palm Beach, Jan. 29, 2018. The crew of the Coast Guard cutter Cochito rescued the owner who was aboard as the vessel was sinking. Coast Guard photo by Petty Officer 3rd Class Brandon Murray.

WEST PALM BEACH, Fla. (AP) - A Bahamian man has been restored to health at a Florida hospital after drifting on the Atlantic Ocean for 16 days.

Moss set sail from Bimini to Nassau on Jan. 13 in a new 21-foot angler. The 23-year-old quickly ran out of gas as he tried to sail through rough waves. He drifted alone until another boater spotted him Monday about 10 miles off the coast of West Palm Beach.

Moss said he survived on Doritos, cookies and bottled water for 12 days, until a 40-foot wave hit his boat and wiped out his meager supplies.