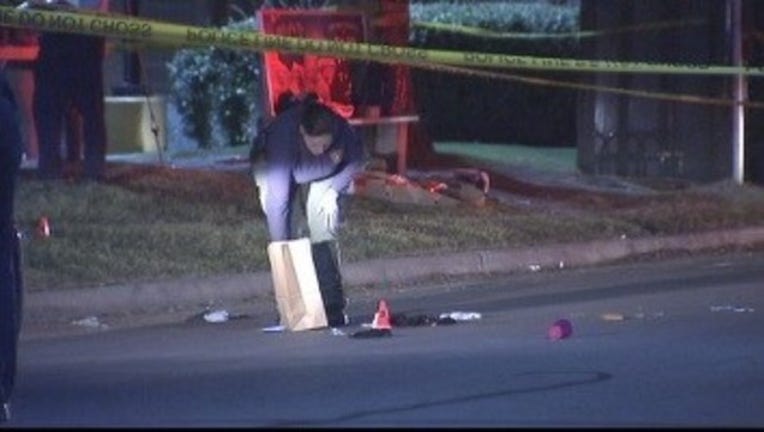 Fort Worth police are investigating a deadly shooting near a Walmart on the city's northeast side late Tuesday.

Police found a man with a gunshot wound on the ground in the street near the Walmart on Highway 121 and Beach Street about 11 p.m. on Tuesday.

The victim was taken to a hospital where he later died.

Police have not released information on potential suspects at this time.

The victim's identity has not yet been released.