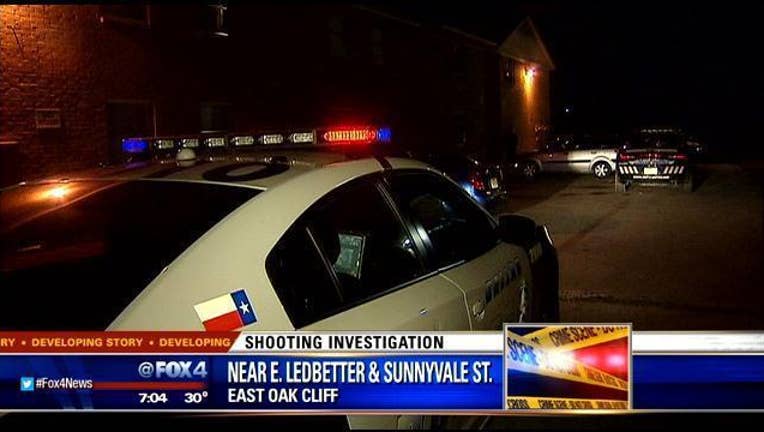 A man was critically wounded in a shooting at an apartment complex in the east Oak Cliff area of Dallas.

The shooting happened around 11:30 p.m. Monday at the Oasis Apartments on E. Ledbetter Drive near Sunnyvale Street.

Witnesses told police there was an exchange of gunfire that that the gunman may have also been wounded.

Police believe the two men knew each other because there are no signs of forced entry at the apartment.

They are still working to determine a motive.

The gunman remains at large.