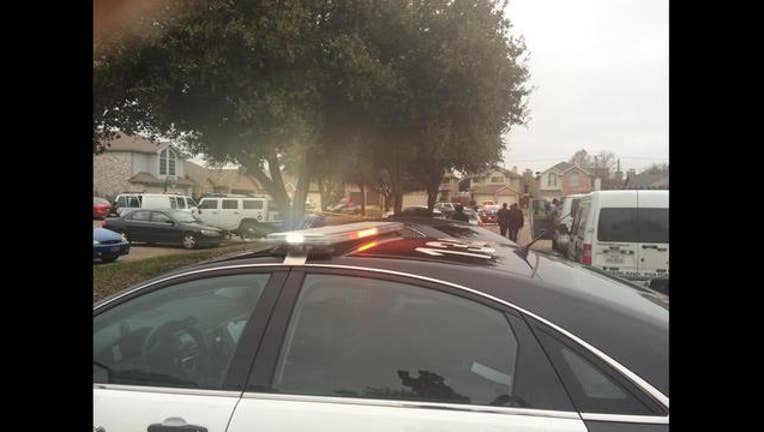 Garland Police have one in custody following a deadly shooting in South Garland Saturday afternoon.

Police were called to a residence located at 5208 Welbeck Court just before 3:00 p.m. by the suspect.

Based on early information, police say 31-year-old Joseph Robic went to his mother's home where he got into an argument with her live-in boyfriend, Ray Keech, 65. Detectives say the argument got physical and at some point Robic pulled a pistol he had on his person and shot Keech.

Robic called 911 and reported the shooting. Keech died on the scene.

Police is now in custody and is charged with murder. The suspect's mother was not at home at the time.