The victim of a hit-and-run in Deep Ellum early Saturday morning is fighting for his life as his family and police search for answers.

DALLAS - The victim of a hit-and-run in Deep Ellum early Saturday morning is fighting for his life as his family and police search for answers.

Billy Dunn was riding his motorcycle just before 3 a.m. on September 18, when witnesses said he was struck by a white or silver truck and dragged several feet.

The victim’s family said he is still in critical condition after the crash, and it’s unclear if he is going to pull through.

"Just come forward, he means everything to everybody. He has children, he has family. He needs to be here," Dunn’s friend, Stormy McBride, said.

Dunn’s family and friends are looking for the person who struck him and left him for dead.

"Complete anger because you never know, is he going to live through this? And if he doesn’t, this person is just out here on the streets," Dunn’s sister, Jessica Dunn, said.

Dunn’s sister told FOX4 her brother was meeting up with some friends Saturday morning to ride around the city, when a truck hit him from behind near Good Latimer and the on ramp to northbound 75.

"He was hit and drug 20-25 feet up until this pole right here," his sister said. 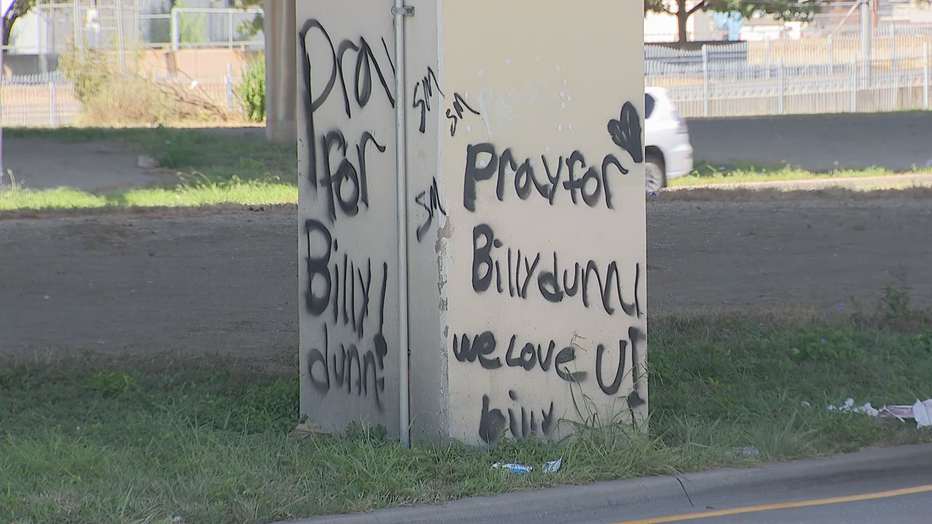 McBride was nearby when it happened and rushed to his side to help.

"I freaked out, I cried, he was not breathing when I made it there, so I started CPR," she recalled.

Dunn was rushed to nearby Baylor Hospital.

According to his family, his ribs were fractured, his spleen was removed, he has life threatening blood clots, and only 25% function in his kidneys.

Dallas police are looking for a white or silver four-door Dodge Ram pick-up truck, likely with some damage to it.

The family is hoping the person responsible or any witnesses will come forward.

"Your big truck just ran over a body. You don’t care if they’re dead? That doesn’t bother you?" Dunn’s sister said. "How are you out there not knowing if this person is alive or dead?"