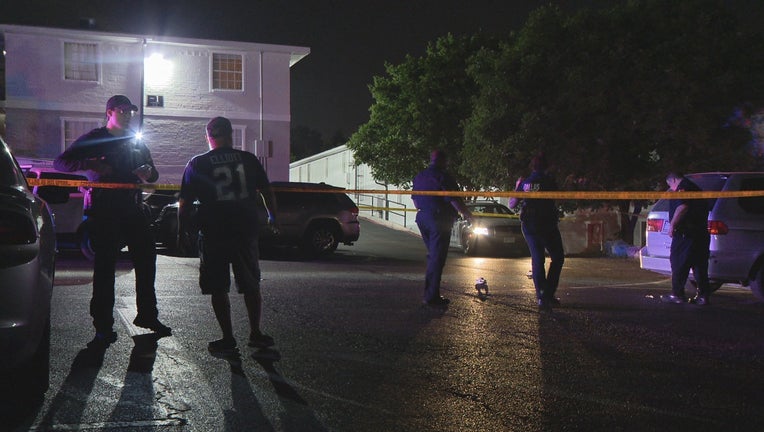 DALLAS - A man in his mid-20s was shot and killed in a robbery gone bad in Dallas.

The murder happened just after midnight at the Cantera Crossing Apartments near Hampton Road and Jefferson Boulevard in Oak Cliff.

Police said the killer approached the victim’s car to rob him. The man refused to comply and was shot.

He was taken to the hospital where he later died.

The gunman ran off and has not yet been found.

Dallas police are still investigating and trying to identify the suspect.