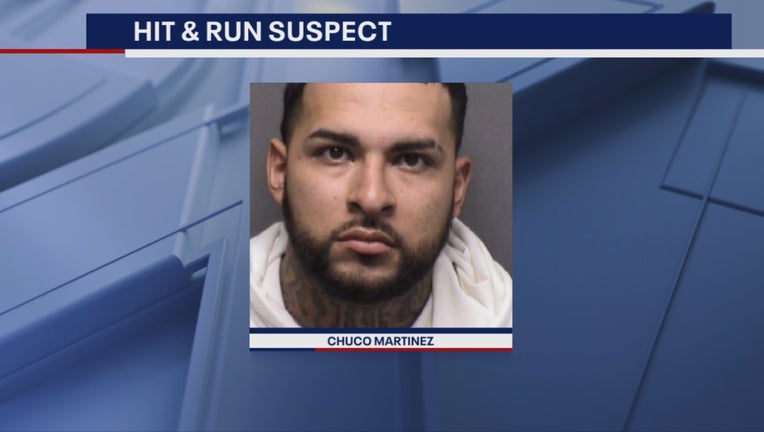 ARLINGTON, Texas - Arlington police believe the driver responsible for a deadly hit and run last October is now in custody.

Chuco Martinez is charged with accident involving death and is being held in the Bexar County jail.

Authorities say he ran a stop sign on Mesquite Street and crashed into Marcus Garcia, who was on a motorcycle.

Investigators say witness accounts and anonymous tips helped them track down their suspect.