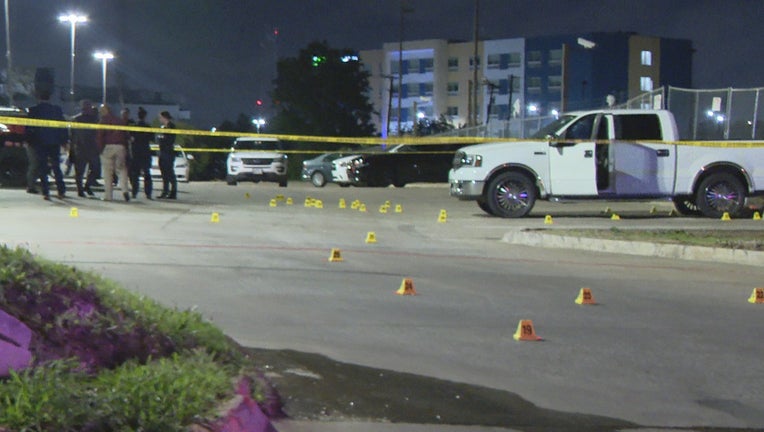 DALLAS - A man was critically injured after a shooting in the parking lot of a Dallas sports bar.

It happened just after midnight Friday outside Bombshells Restaurant and Bar, which is near North Stemmons Freeway and West Mockingbird Lane.

Officers said a fight between two men led to a gun battle and dozens of rounds were fired.

One of the shooters was found wounded in the parking lot. He was taken to a hospital in critical condition.

The other was seen leaving in a bullet-riddled Chevy Tahoe. It’s not clear if he was injured.

Police said they are reviewing security video to try to identify the second shooter.