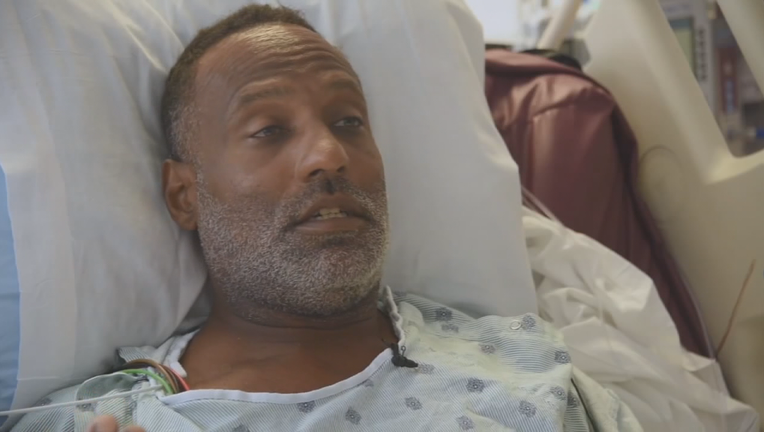 Police believe man honored by the president earlier this week for being a hero in the El Paso mass shooting made up his story.

Chris Grant was shot twice in the back during the attack. He spent two days in a medically induced coma and then shared his story from his hospital bed.

The 50-year-old initially told reporters he was shot by the gunman in Walmart after he threw soda bottles to distract him.

But the El Paso police said store security video does not support that story.

President Donald Trump recounted Grant’s story at the White House on Monday as he presented five civilians with commendations. 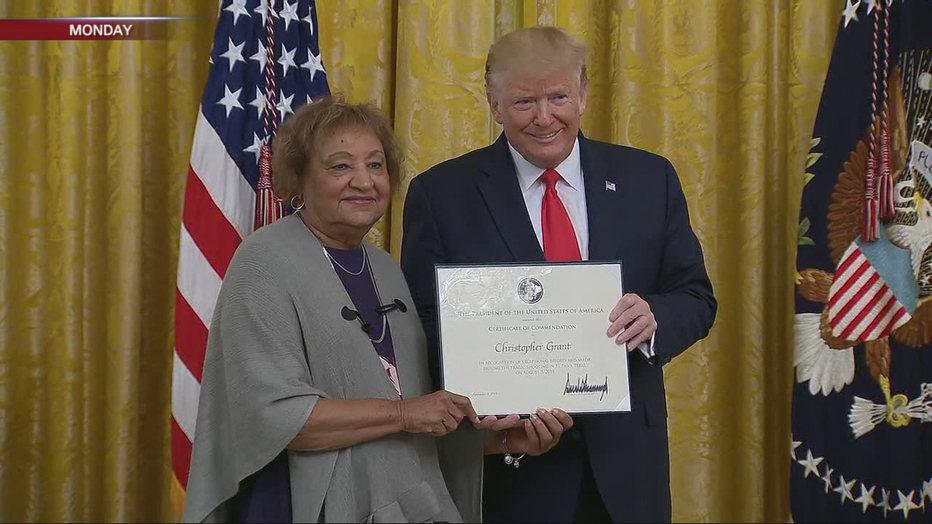 Minni Grant accepts a certificate at the White House on behalf of her son.

“Chris grabbed... listen to this... soda bottles and anything else in front of him and began hurling them at the gunman, distracting him from the other shoppers and causing the shooter to turn toward Chris and fire at Chris,” the president said during the event.

Grant’s 82-year-old mother collected the certificate on his behalf.

According to reports, he was detained by the Secret Service before the ceremony because of an outstanding criminal warrant. It's not clear what that warrant was for.

An El Paso police sergeant said while the department is not demeaning Grant’s reaction during the shooting, it was only an act of self-preservation.