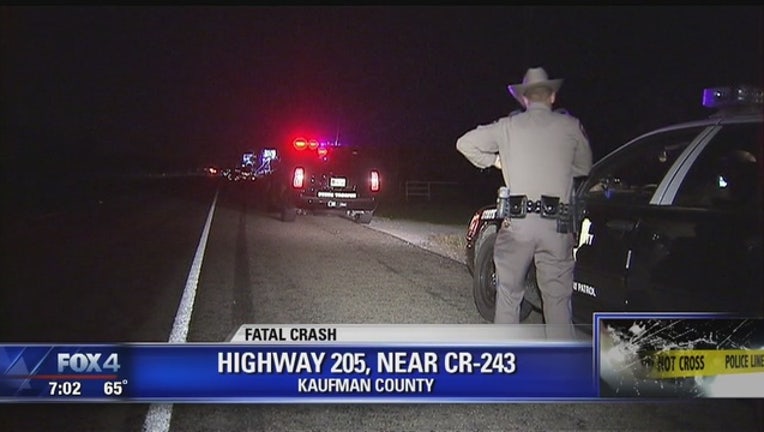 TERRELL, Texas - A man walking along the highway was hit and killed Sunday night in Kaufman County, east of Dallas.

It happened around 8 p.m. on Highway 205, north of Terrell. State troopers said the 41-year-old victim was in the middle of the roadway for some unknown reason.

The teenage driver who hit him did stop to help. Troopers said it appears the driver could not have seen or avoided the man.