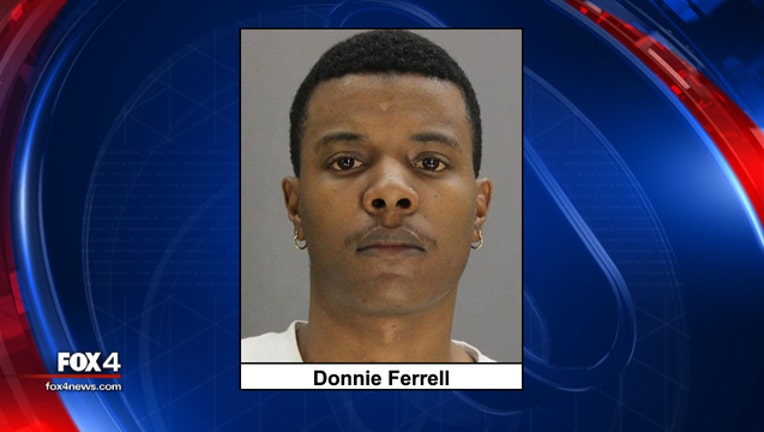 DALLAS - A Los Angeles man was sentenced to 30 years in federal prison for killing a U.S. Postal Service employee during a road rage shooting in Dallas last year.

Donnie Arlondo Ferrell, 26, received the sentence after pleading guilty to two charges back in February.

Mosby was driving a USPS truck along Interstate 30, near downtown Dallas, when he was shot and killed by Ferrell, who was one of three passengers in a Mazda.

According to the arrest warrant, Ferrell said Mosby made a rude hand gesture towards him.

That's when Ferrell leaned out of the Mazda and fired four shots at the USPS vehicle, which caused Mosby to crash into a guardrail.

It was later determined that Mosby was shot in the head by one of Ferrell's shots.

The two other passengers in the car at the time of the shooting came forward to authorities days after the murder.

They said Ferrell had texted them to try to persuade them not to say anything about the shooting, but they went ahead and met with authorities.

A co-defendant, Bei-jing Tashawna Walker, has pleaded not guilty to being an accessory after the fact and awaits trial. Her trial is set for Oct. 28.