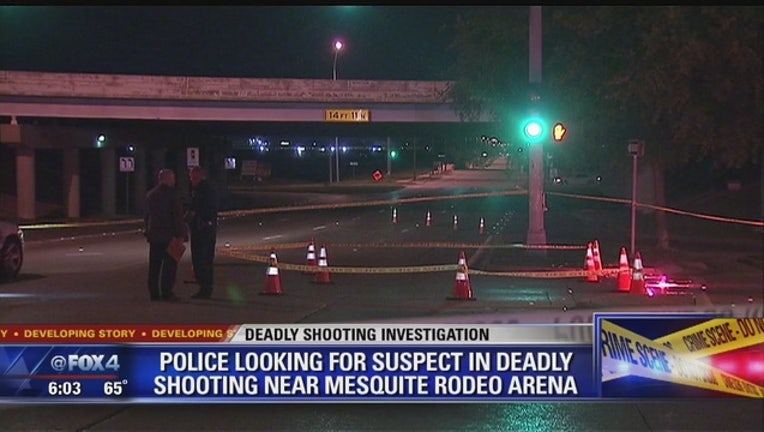 MESQUITE, Texas - Mesquite police are looking for a killer after a body was found on a road near the city’s rodeo arena.

Police got a call about a shooting around 10:15 p.m. near Military Parkway and the LBJ Freeway.

Officers found 26-year-old Armando Macias, Jr. in the middle of the road with gunshot wounds. He was pronounced dead at the scene.

No information about the suspect was released.