DALLAS - Dallas police are asking for the public’s help to identify a man who was found dead in a creek last month.

The man’s body was found on March 9, in a creek near the 6700 block of Skillman Street.

Police released sketches of the man’s face and of a distinct tattoo on the man’s left arm. 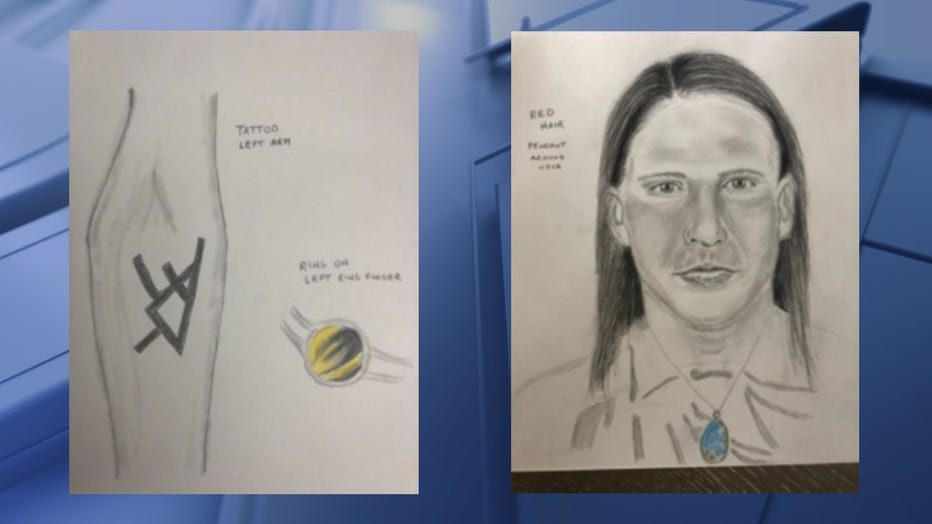 He is described as a white man who is 5-foot-11, between 165-175 pounds, with reddish-brown hair. He was wearing a blue "Lapis" style necklace along with a yellow and black "Tiger Eye" style ring on his left hand.

Anyone with information on this man’s identity is asked to call DPD Detective Boz Rojas at 214-681-1786 or email Boz.Rojas@dallascityhall.com.