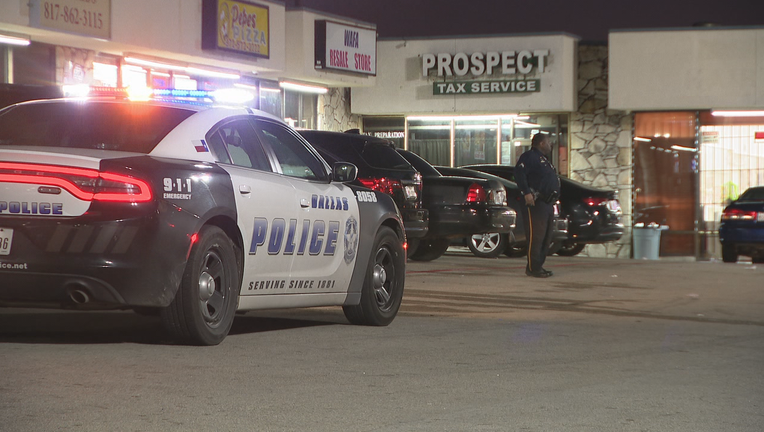 DALLAS - A 29-year-old man is dead after police said he was shot while trying to break up an argument outside a Red Bird shopping center Saturday evening.

The shopping center is off W. Camp Wisdom Road and I-20.

Andre Menelee was taken to a hospital after being found with gunshot wounds. He was later pronounced dead.

The shooter, who was wearing a red sweatshirt and gray sweatpants, ran off before police arrived on scene.

Anyone with information on this shooting is asked to call police.