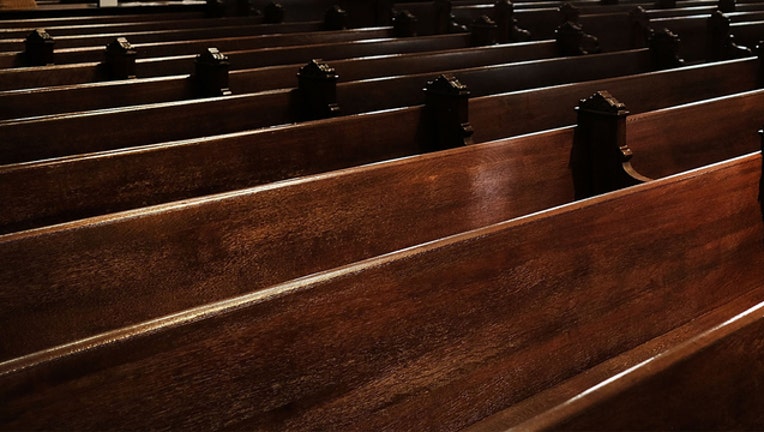 Empty pews stand in a Catholic church in Brooklyn on September 19, 2018 in New York City. (Photo by Spencer Platt/Getty Images)

NEW BRAUNFELS, Texas (FOX 7 Austin) - A man was killed in New Braunfels on Thursday morning when he received an electrical shock while washing the exterior windows of the First Baptist Church.

William Robert Alston, 53, of Bandera was killed after coming into contact with some power lines.

According to the New Braunfels Police Department, first responders with NBPD and the New Branfuels Fire Department were dispatched to the church in the 700 block of Cross Street around 6:45 a.m. on Thursday, April 18. When officers arrived on scene, they found an adult male lying in the street and suffering from injuries associated with electrical shock.

Paramedics immediately began lifesaving measures and the man was transported to Christus Santa Rosa Hospital - New Braunfels, where he was later died from his injuries.

Officers learned during the course of their investigation that Alston was part of a team of contractors that had been hired to wash the exterior windows of the church. Alston had been using a long pole which inadvertently came into contact with some nearby power lines, causing the line to arc and sending an electric shock down the pole, injuring him.

A portion of Cross Street was closed for approximately one hour while NBU crews checked on the power lines in that area, according to police. The road was reopened around 8:00am.