Garland police said the officers were trying to stop a green Dodge Challenger on Walnut Street with three people inside for traffic violations. 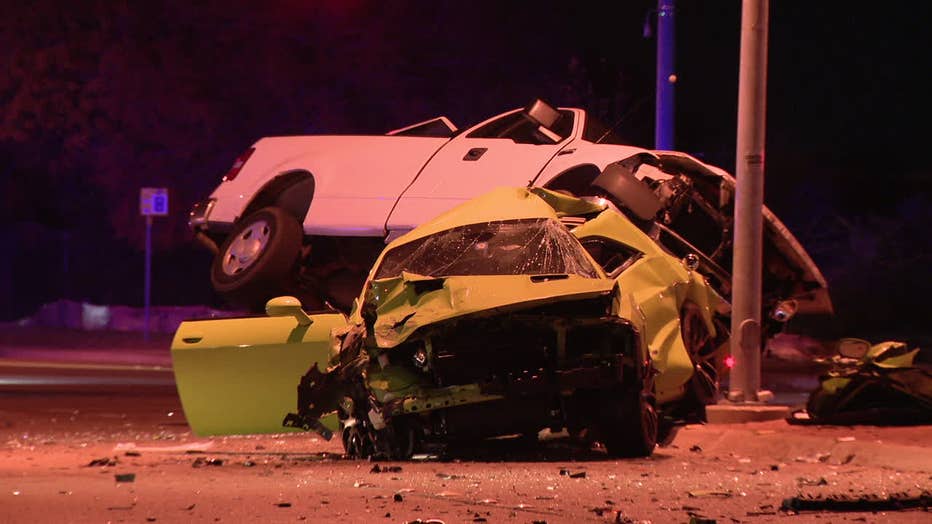 The chase ended in Richardson shortly after 10 p.m. when police said the Challenger ran a red light and hit a pickup, and then a pole at Greenville Ave and Centennial Blvd.

The driver of that green car died. He was identified as 25-year-old Luis Mauicio-Ortiz.

The two others inside and the pickup truck driver were hurt but are expected to be okay.

Garland police say drugs and a large amount of money was found in the suspect's car.