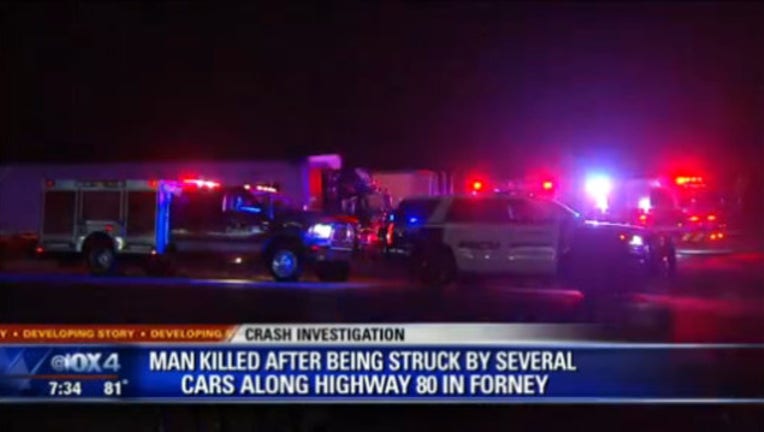 One person is dead after being struck by several vehicles in Forney.

Investigators are trying to determine exactly how many vehicles were involved.

It happened just after midnight on Friday along Highway 80, near Reeder Road.

Police said some of the drivers who struck the victim did stop.

The westbound traffic along Highway 80 was diverted for several hours while investigators gathered evidence at the the scene.

The victim has not been identified.