Man confesses to killing elderly Addison woman ‘to help her’

Addison police say the man charged with murdering an elderly woman in July confessed to the crime. He allegedly told investigators he did it to help her.

ADDISON, Texas - Addison police say the man charged with murdering an elderly woman in July confessed to the crime. He allegedly told investigators he did it to help her.

Shortly after 82-year-old Joan Mulcahy was found murdered in an Addison apartment complex on July 1, investigators released a sketch.

The sketch led to a tip that led investigators to 30-year-old Walter Portillo. He was already in jail on an unrelated crime. 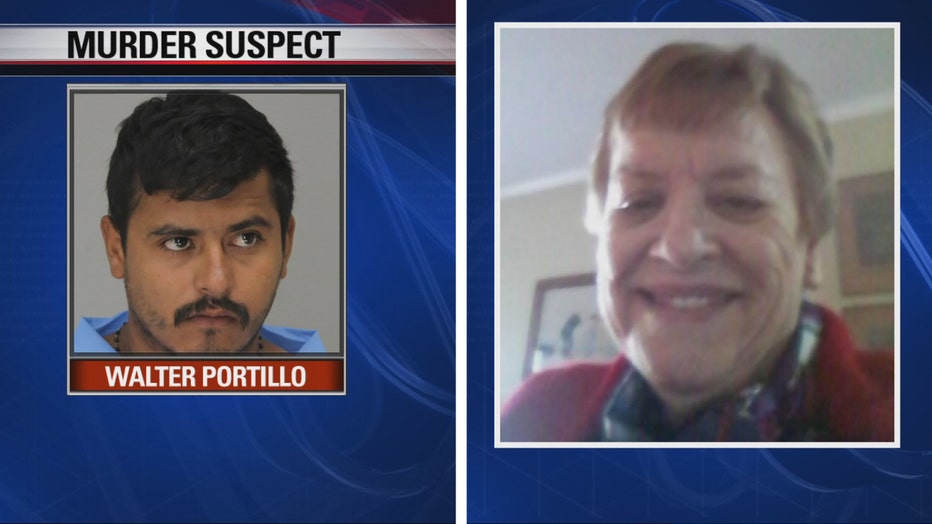 Addison police say it was a combination of alert residents, technology and police work that led to the identity and arrest of a wanted murderer. The victim’s cousin is relieved her accused killer confessed.

Frank Kluge has been waiting for this day for nearly five months.

On Tuesday, Addison police announced Portillo as the suspect in the murder of Kluge’s cousin, Joan Mulcahy.

Mulcahy was confined to a wheelchair. She was found murdered in the breezeway of her Addison apartment building on July 1. Her throat appeared to be slashed.

Two weeks later, police released a sketch of a man they were looking for. A woman recognized the man in the sketch as the same guy who followed her to her car the night of the murder.

Surveillance video from a nearby bank showed the man using an ATM. Detectives pulled the cardholder info and identified him as Walter Portillo. It turned out he was already in jail for an unrelated crime.

Detectives interviewed Portillo at the Dallas County jail last week. Portillo initially denied being in the area, but he later confessed after being shown surveillance video from the bank and another nearby business.

According to the arrest affidavit, Portillo gave several hypothetical responses to police questioning.

But when pressed further by investigators, Portillo said: “If he saw someone suffering, he would help them out by killing them.”

Eventually, a more solid confession came. When asked what he’d say to the victim’s family, Portillo said he wanted to help her.

Then the Ranger asked: “is that the reason you killed her?”

“That was wicked. Just flat out wicked,” Kluge said. “I think that’s as low as you can get. One of the Ten Commandments say don’t murder. So that just baffles me.”

The arrest affidavit also says investigators drove Portillo to the apartment complex where he pointed out the murder scene and the path he took to get away. It matches the blood trail in the crime scene report.

Portillo remains in jail on a first-degree murder charge.