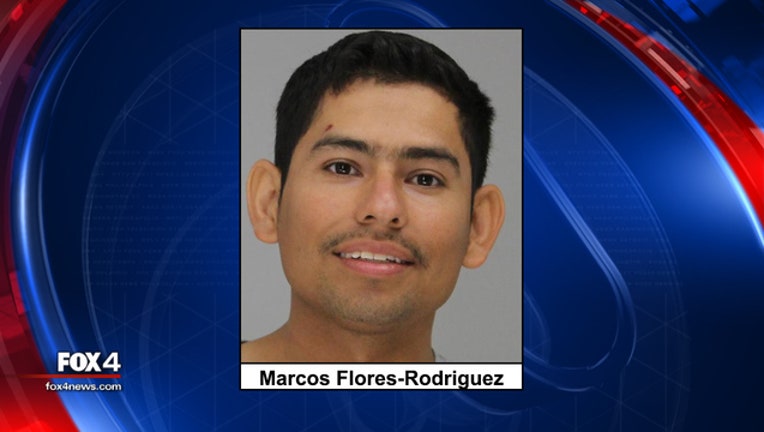 DALLAS - Two weeks after a 22-year-old mother of two was beaten and fatally shot in Dallas, police have arrested her husband and charged him with her murder.

He was taken into custody after Dallas PD homicide detectives found evidence linking him to the murder of Diana Garcia. This case was featured on Trackdown.

Garcia was beaten and shot at a stop sign in Oak Cliff after dropping off her two children at a friend's house to go to work on July 13.

Police had previously released a sketch of a suspect, and later identified Flores-Rodriguez as that suspect.

Flores-Rodriguez was questioned by police, which led them to charge him with murder.