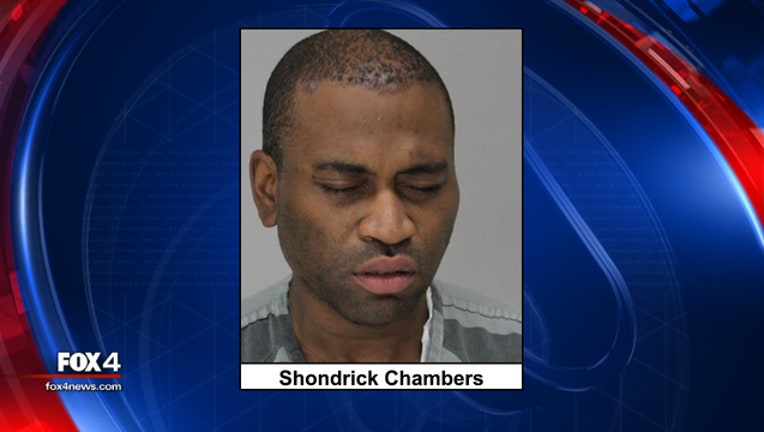 UNIVERSITY PARK, Texas - A 42-year-old man who police say injured a 74-year-old woman while robbing her last month is now behind bars.

According to police, this robbery happened just before 2 p.m. on June 24, as the victim was loading groceries into her car in the parking lot of the Tom Thumb on Snider Plaza.

The victim also received injuries to her arms, finger, and neck, but was able to give police a description of the suspect and the vehicle he left in.

Someone who witnessed the robbery was also able to give police the license plate number of the suspect's vehicle.

Responding officers also got surveillance video from Tom Thumb. Images of the suspect and the vehicle's license plate number were shared with other local police agencies.

On Wednesday, Dallas PD notified University Park PD that Chambers had been arrested a day earlier while committing other aggravated robberies in Dallas.

Chambers remains in Dallas County Jail on charges from DPD and UPPD.