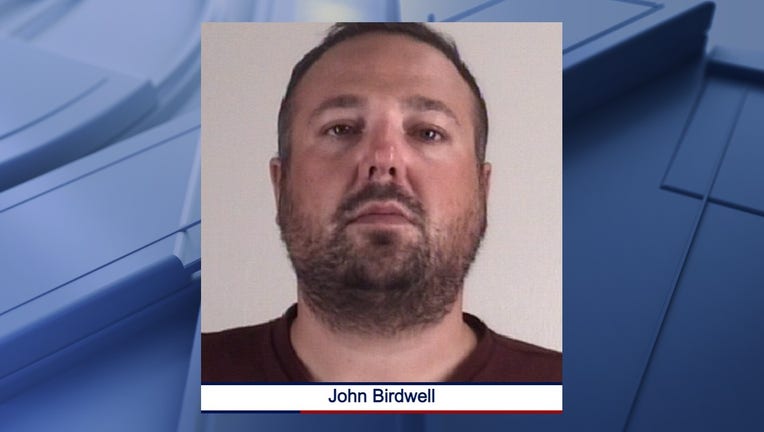 FORT WORTH, Texas - A 38-year-old man is facing charges after allegedly killing his father-in-law by headbutting him in a Fort Worth bar.

The deadly attack happened this past Friday at Woody’s Tavern on Bryant Irvin Road.

According to an arrest warrant affidavit, John Birdwell was at the bar talking to his wife’s father, 66-year-old Robert Bearden.

Witnesses said they were having a conversation about Birdwell’s troubled marriage. The older male was trying to convince his son-in-law to sign divorce papers.

Video from inside the bar reportedly shows Birdwell suddenly grab his father-in-law’s head and headbutt him three times.

He tried to continue the assault even after they both fell to the ground and witnesses said it was clear the older man was unconscious. Other bar patrons had to pull him away, the affidavit states.

Birdwell fled the scene after the attack. Bearden was taken to the hospital where he later died from his injuries.

Fort Worth police said Birdwell is now wanted for injury to the elderly with severe bodily injury.

The owner of Woody’s Tavern called him one of the most compassionate and generous people he knew.