LOS ANGELES (FOX 11) - Authorities are investigating after a man was caught on video punching two women at a hot dog stand in downtown Los Angeles.

Los Angeles police say the incident was reported Jan. 26 in the 600 block of South Spring Street.

The two female victims reportedly overheard the suspect arguing with a nearby hot dog vendor over the price of a $6 hot dog. In an effort to defuse the situation, they said another vendor stepped in to offer the man a free hot dog.

The women said the man continued to harass the vendor, so they stepped in and a verbal argument ensued. The suspect was captured on cell phone video punching two women in the face before fleeing.

Video posted to Facebook by a relative of one of the victims has been shared hundreds of times (Warning: Video contains violence and graphic language).

"Two girls are now lying on the ground, who both ended up in ER, and NOBODY even tried to help them up or ask if they were ok!," the father wrote on Facebook. "Instead, the people standing around laughed and cheered as if the sight of two small girls getting beat on by a huge, 250 lb man was a sight of entertainment!"

Both women were taken to a nearby hospital for treatment.

The suspect was described by police as a male with black hair and brown eyes, approximately 6'2" to 6'4" tall, between 205 to 275 pounds and around 30-years-old. 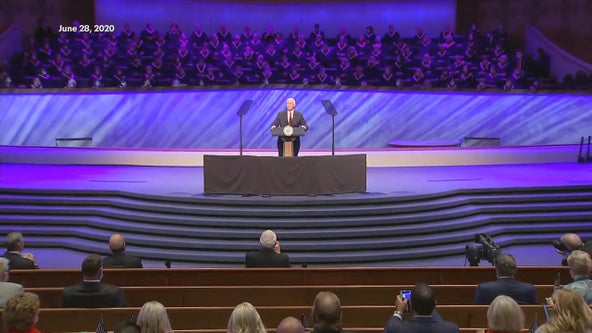