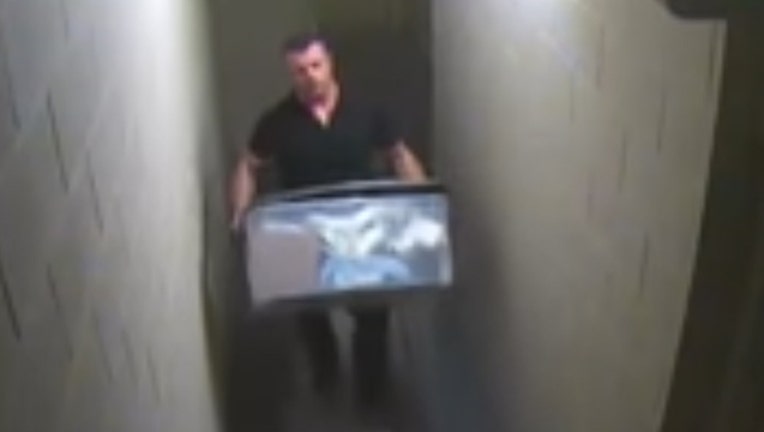 Dallas police on Thursday arrested one of two people they say burglarized hotel rooms at the Ritz-Carlton on a couple's wedding night.

Police said someone tipped them off that Omar Rimlawi was one of the men seen in surveillance video from March 10.

"It will never be the day that I wanted it to be because I didn't get any sleep. I spent all night screaming and crying," Jeanette Engler told FOX4 after the robbery. "My engagement ring was gone. My wedding rings were gone. My mom had gotten me a sapphire and diamond ring for Christmas that was supposed to be my something old and something blue. Gone," she said.

Officers said Thursday they found some of the stolen items at Rimlawi's residence. He has been charged with burglary of a habitation. Police are still looking for the second subject.