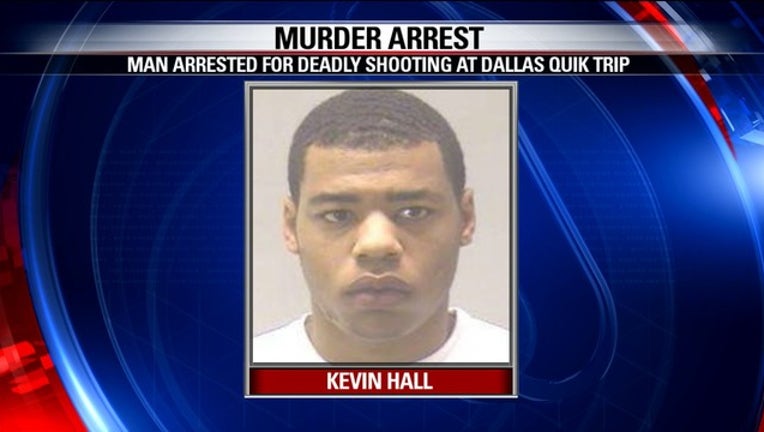 DALLAS - Dallas police arrested a man they say shot and killed another man at a convenience store in northwest Dallas over the weekend.

Kevin Hall, 29, is facing a murder charge for the death of 56-year-old Carlton Fisher.

The witnesses said the two men were seen at a motel earlier that day and that Fisher was trying to buy drugs.

Hall confessed during questioning, police said. He was booked into the Dallas County jail and charged with murder.