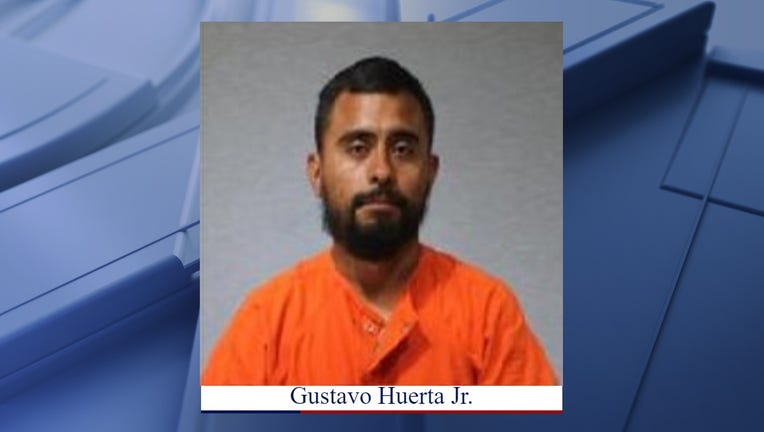 GARLAND, Texas - Garland police arrested a 30-year-old man who they said was drunk when he caused a fiery crash that resulted in the deaths of two people early Sunday morning.

Gustavo Huerta Jr. has been charged with two counts of intoxication manslaughter following the crash.

The wreck happened at about 2:30 a.m., in the westbound lanes of Highway 66, between Dexham Road and E. Centerville Road.

Investigators found that a tan SUV, driven by Huerta, rear-ended a maroon vehicle, causing it to hit a concrete barrier and overturn, before crashing into a ditch and catching fire.

The two people in the maroon vehicle were pronounced dead at the scene.

Huerta remained on scene, and police determined he was impaired. He was arrested and taken to the Garland Detention Center.

The two people killed in the crash have not yet been identified.