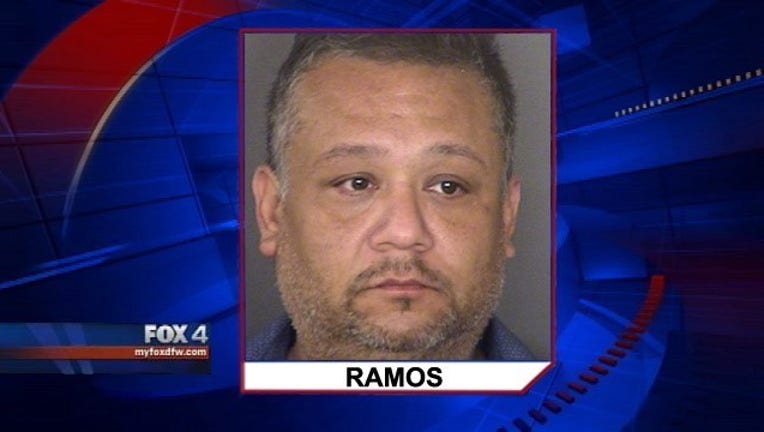 A suspect is in custody after more than a dozen car break-ins at fitness centers in Southlake, Flower Mound and Waco.

Southlake police arrested Carlos Ramos, 40, on Monday after he was detained by Live Oak police in a traffic stop.

Investigators said Ramos is the man seen on camera using a stolen credit card in a Colleyville store. Police said he stole the card from a car parked nearby.

Ramos, according to police, would wait in parking lots and watch women go into gyms without their purses. He would then break into cars and steal credit cards and other valuables.

Officers in Tarrant and Collin counties are also investigating cases Ramos could be linked to.