Maberry was diagnosed with stage 4 lymphoma in January 2018.

On Tuesday, Maberry, 47, lost his two-year battle with cancer, but he’ll be remembered by the way he inspired others with the way he lived, and the way he battled his illness.

He was loved by his players and he was well-known, not just in Mansfield, but throughout the North Texas high school sports community.

National Signing Day ceremonies at Mansfield ISD are normally a joyous occasion, but there was some sadness this year.

Maberry was on everyone's mind after he lost his battle with cancer.

“I can't tell you the amount of hurt that we have," interim head coach Gregory George said.

Maberry was diagnosed with stage 4 lymphoma in January 2018, but he was back on the field coaching the Tigers at fall practice later that year.

"He always had a good attitude, even though he was going through worse than any of us," one of his players, Ryan Beckham, said.

“When he stepped on that field, it was go time,” Hunter Simmons added. 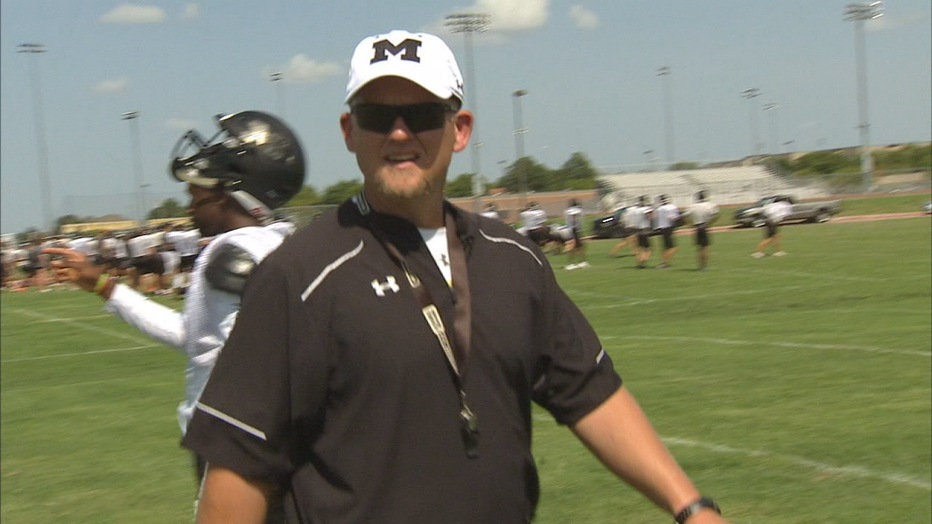 Late in the 2018 season, when cancer had forced him to leave his coaching duties, Maberry addressed his struggles and the support he felt from the community in a video from Mansfield ISD.

His players said the impact he’s had on them is one that can’t be measured.

"So many people he's touched. It really reaches beyond imagination," George added. “He loved our kids, our players. I know that he's dancing right now for them."

For the last two years, #MaberryStrong has been everywhere in Mansfield, and now with his passing, it remains a symbol of his strength and courage

"Being a part of a family. He made you feel like home," Simmons said when asked about #MaberryStrong.

Even before Maberry’s passing, the Mansfield High School community was planning to have a #MaberryStrong car raffle on Friday.

All proceeds will go to Maberry's family.