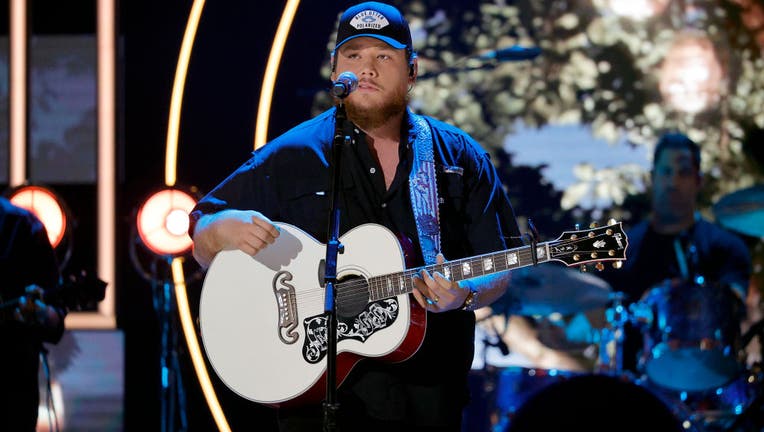 NASHVILLE, TENNESSEE - OCTOBER 13: Luke Combs performs onstage during the 2021 CMT Artist of the Year on October 13, 2021 in Nashville, Tennessee. (Photo by Jason Kempin/Getty Images for CMT/Viacom)

The game will feature the Cowboys hosting the Las Vegas Raiders at AT&T Stadium.

"Considering I'm a huge football fan, the Dallas Cowboys were always on our TV on Thanksgiving Day growing up, so it is a complete honor to be a part of their 25th Thanksgiving Day halftime show supporting The Salvation Army's Red Kettle Campaign," said Luke Combs. "I'm used to seeing my friend Ezekiel Elliott jump into the Salvation Army's red kettle, so I've become very familiar with their program, and I'm humbled to be able to try and help put food on people's tables and presents under their trees for Christmas. I hope lots of people will become aware of how they can help this year and beyond through my performance."